Stars are the lights and engines of the Universe. By converting hydrogen to helium and heavier elements, like the carbon and oxygen vital to life, stars are the dynamical drivers of the cosmos.

We study stars to understand the physics at work inside them: Energy and matter transport, nuclear reactions and explosive nucleosynthesis. Our focus is on stars in binary and multiple systems.

Matter can transfer between stars with companions, greatly altering their evolution. Many of the most exciting events in the heavens result in type Ia supernovae, dwarf and thermonuclear novae, stellar merging, gravitational wave emission, red novae and gamma-ray bursts.

Chemically peculiar stars like R-type carbon, R Coronae borealis, barium, CH and carbon-enhanced metal poor stars are or were all binaries, and their properties provide unique insight into fundamental astrophysical processes that are key to our understanding of the Universe and its evolution.

How binary stars live and die

A member of our group, Dr Robert Izzard, leads a team of researchers examining how binary stars live and die. He works on the dynamics of discs around binary-star systems, and how their orbits are affected by interaction with the discs. His binary_c stellar population framework, a code for estimating stellar statistics and nucleosynthetic yields, is used across the globe.

Dr Giovanni Mirouh is modelling mass transfer in binary stars to improve binary_c, and making grids of detailed single and binary star models made with MESA and the Cambridge STARS code to update binary_c's stellar evolution algorithm. He is also an expert in asteroseismology of rotating stars. His postdoc is funded by the Science and Technology Facilities Council.

David Hendriks is modelling the formation of discs in binary stars using binary_c, and is developing software to match stellar populations modelled with binary_c to observational big data, for example from the billion-star survey of our Galaxy, Gaia.

Tom Comerfrord is a PhD student in at the Institute of Astronomy, Cambridge, supervised by Dr Izzard, investigating the effect of Bondi-Hoyle-Lyttleton-like accretion on binary stars. He is also working on adapting the binary_c code to simulate triple stellar evolution.

Research the stars in Surrey

You can apply for a PhD place and we host many types of research fellow. We also offer project work as part of the BSc and MPhys courses.

The binary_c code, an enhanced C-port of the Binary Star Evolution (BSE) code of Hurley et al. (2002) with many updates, provides stellar evolution for stars in the range 0.1 to 100 solar masses. Many enhancements have been implemented especially in the binary-star interaction algorithms and to bring other prescriptions up to date, such as stellar wind mass loss, mass transfer by Roche-lobe overflow and the treatment of stellar mergers. The latest physics additions include runaway stars and circumbinary discs.

More details are available at the binary_c homepage. 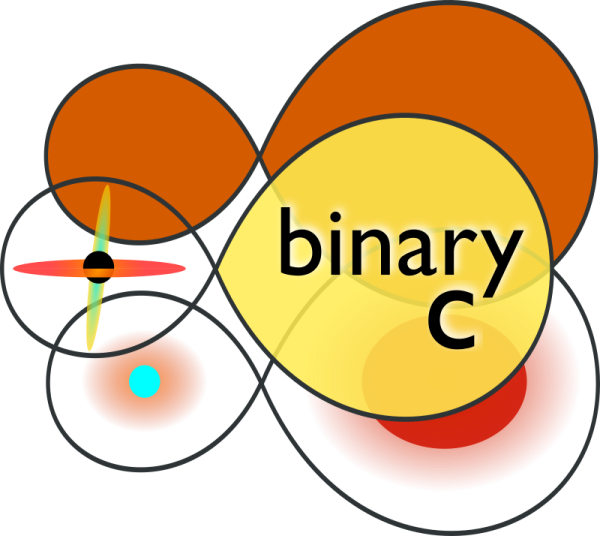