Meet Jocelyn Bell Burnell, the pioneering astrophysicist who discovered the most useful stars in the universe.

This is an online event. Once you have registered you will receive a confirmation e-mail with the link to join.

The University of Surrey is delighted to welcome pioneering astrophysicist Dame Jocelyn Bell Burnell to give the 10th Lewis Elton lecture. Dame Jocelyn found the first pulsar - whirling stellar corpses that send beams of radio waves across the cosmos -while she was a graduate student at the University of Cambridge in 1967.

In her lecture "Pulsars - Their Discovery and Impact" she will reflect on the discovery of pulsars 50+ years ago and what that has led to, in both astrophysics and physics. The talk should be accessible to A-level physics students and first year undergraduates.

Following Dame Jocelyn's talk there will be time for questions, chaired by Professor Jim Al-Khalili, Professor of Public Engagement in Science at the University of Surrey. 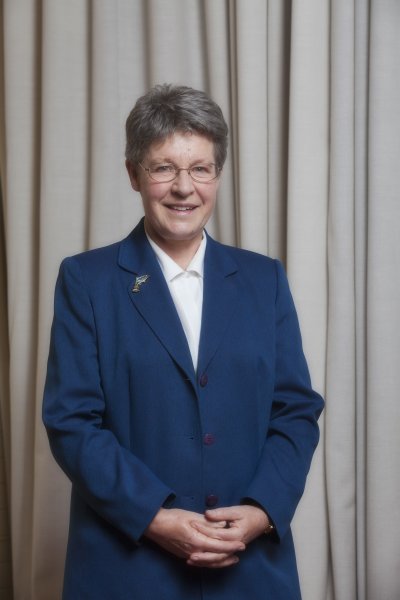 Jocelyn Bell Burnell inadvertently discovered pulsars as a graduate student in radio astronomy in Cambridge, opening up a new branch of astrophysics - work recognised by the award of a Nobel Prize to her supervisor.

She has subsequently worked in many roles in many branches of astronomy, working part-time while raising a family. She is now a Visiting Academic in Oxford, and the Chancellor of the University of Dundee, Scotland.

She has been President of the UK’s Royal Astronomical Society, in 2008 became the first female President of the Institute of Physics for the UK and Ireland, and in 2014 the first female President of the Royal Society of Edinburgh. She was one of the small group of women scientists that set up the Athena SWAN scheme. She has received many honours, including a $3M Breakthrough Prize in 2018 which she donated to the Institute of Physics to set up the Bell Burnell Graduate Scholarship Fund to encourage greater diversity in physics.

The public appreciation and understanding of science have always been important to her, and she is much in demand as a speaker and broadcaster.  In her spare time, she gardens, listens to choral music and is active in the Quakers. She has co-edited an anthology of poetry with an astronomical theme – ‘Dark Matter; Poems of Space’.

About the Lewis Elton Lecture

The Lewis Elton lecture is the annual showcase lecture of the Department of Physics at the University of Surrey. It has been running since 2012 with previous speakers including Professor Brian Cox and Nobel Prize winner, Sir Roger Penrose.

It is named after the head of Physics at the time Surrey received its royal charter in the 1960s. Lewis Elton (1923–2018) was a German-born British theoretical nuclear physicist and researcher into higher education. He settled in England with his family in 1939 to escape the threat of Nazism, which was when he changed his name from Ludwig Ehrenberg. He was the father of author and comedian, Ben Elton, and the great nephew of quantum physicist, Max Born.