A material developed by a Surrey Nanosystems is so dark it appears to create an astonishing black void in broad daylight. 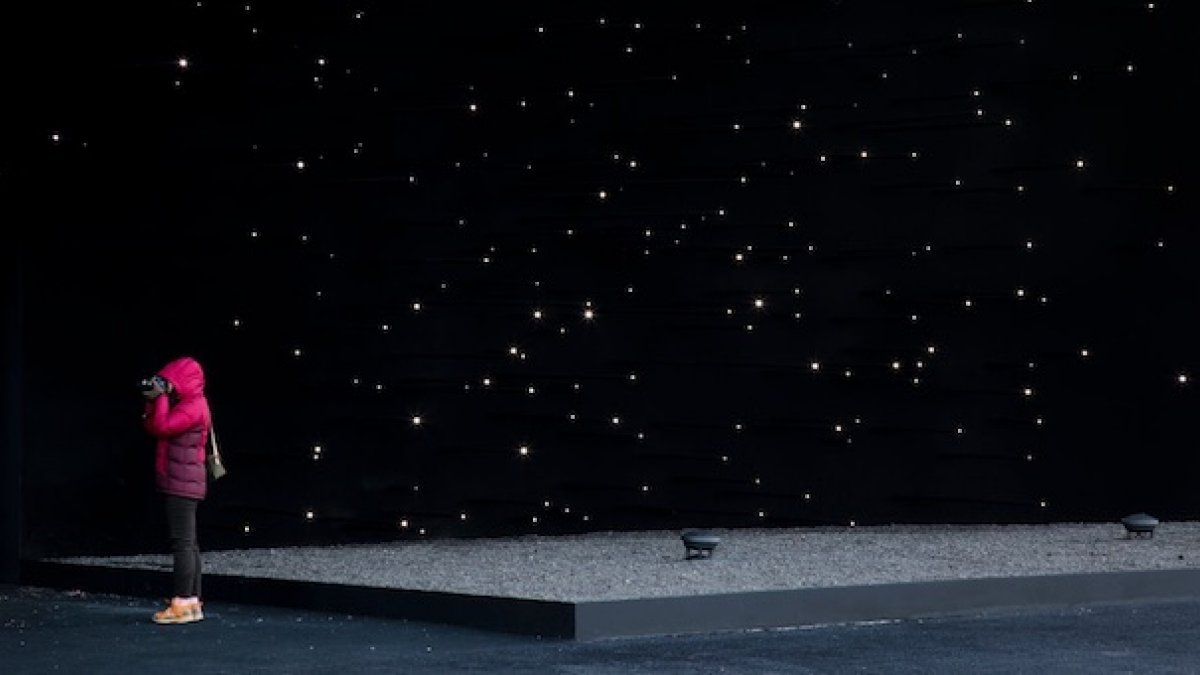 A University of Surrey spin-off company has developed a pioneering ‘superblack’ material, Vantablack VBx2, which the architect and artist Asif Khan has used to coat a building at the Winter Olympics in Pyeongchang, South Korea.

Vantablack VBx2 is a nanomaterial developed by Surrey spin-off company Surrey Nanosystems. Vantablack is the world’s darkest human-made substance and absorbs over 99 per cent of all light. In fact, it’s so black that when it’s applied to a three-dimensional object it becomes impossible to discern any surface features and three-dimensional objects appear to become two-dimensional. On a building, the material creates the illusion of an astonishing black void in broad daylight.

The Pyeongchang Olympic Park in South Korea is home to the ‘superblack’ building, which Hyundai Motor Company commissioned to advertise its future hydrogen fuel cell vehicles. The building’s dark exterior represents the empty universe, dotted with stars – bodies that begin as hydrogen – while an interactive water droplet display inside represents individual hydrogen molecules.

The University of Surrey is also home to the Surrey Research Park, a 70-acre site that hosts around 140 companies, many of which are connected to the University and specialise in new technologies. Companies on the park employ more than 3,200 highly-qualified staff, helping to create local jobs and generate between £580m and £625m of economic activity for the regional economy ever year.

Discover more about our commercial partnerships and how we work with business.