Professor Alfred Adams, Distinguished Professor of Physics at the University of Surrey, has been awarded the Rank Prize for his research into the structure of semiconductor lasers. The findings of this research, now forms the basis of many every-day technologies, from DVD and Blu-ray storage, to optical fibre  communications and the Internet. 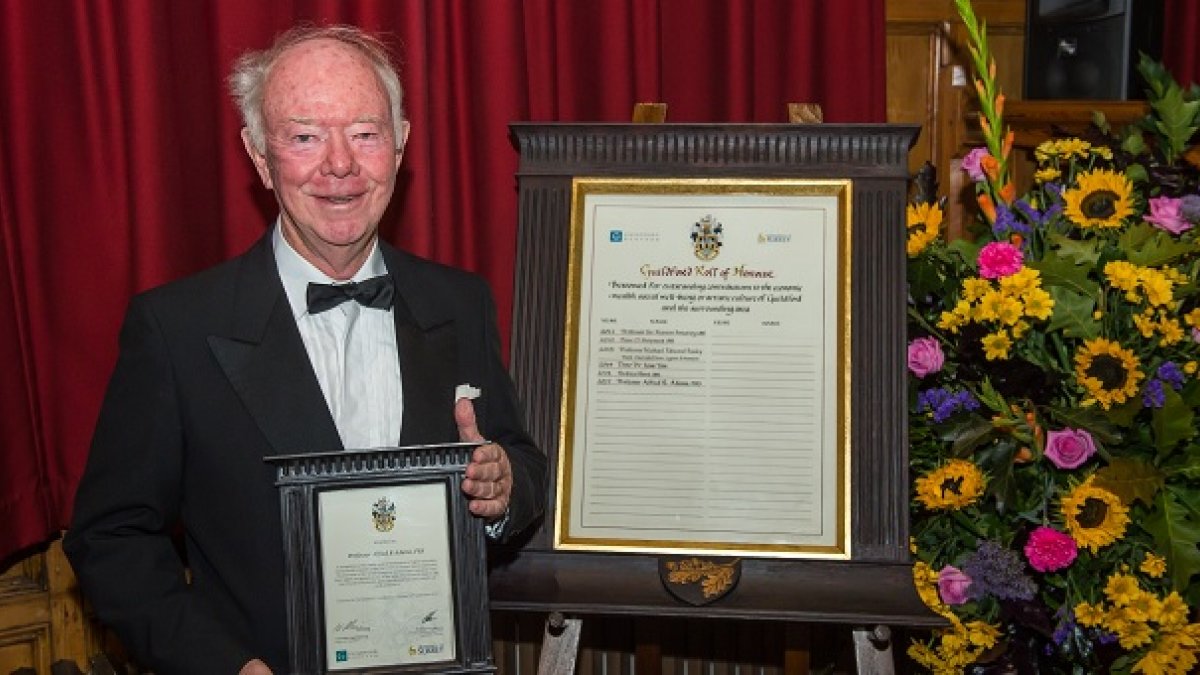 In 1986, Professor Adams and his team proposed that the electronic band structure of quantum well lasers could be significantly improved by deliberately growing the active layer in a state of strain. The results of this work now dominate the entire semiconductor laser market, with approximately one billion produced each year, for a market valued at around $5B.

Professor Adams said: “I feel greatly honoured to receive this prestigious award. In doing so, I would like to honour the efforts of the many engineers who have made such a difference to every-day life through so many ingenious applications of our research.”

The prize was jointly awarded  to Professor Adams’s co-researcher Professor O’Reilly, now working at  the Tyndall Institute, and to Eli Yablonovitch at Bell Communications Research and Gordon Osbourn at Sandia National Laboratories, for their independent work.

About the Rank Prize funds

The Rank Prize Funds is a charitable organisation which seeks to recognise excellence in specific fields of research and reward innovators for their dedication and outstanding contribution.

The Funds have as their objectives the advancement and promotion for the public benefit of knowledge, education and learning in all or any of the following sciences;

The Funds were established by the late Lord Rank on the 16th February 1972, shortly before his death in March of that year.  The fund recipients are chosen by the trustees who are advised by two committees of eminent scientists and academics who, either directly, or through their extensive contacts, are fully aware of developments in the two areas of science with which the Funds are involved.  The trustees make decisions based on the advice that they receive from the committees.  The chairmen of the two committees are also trustees.