Quantum computers could be a step closer to practical use thanks to the work of an international team led by University of Surrey scientists. 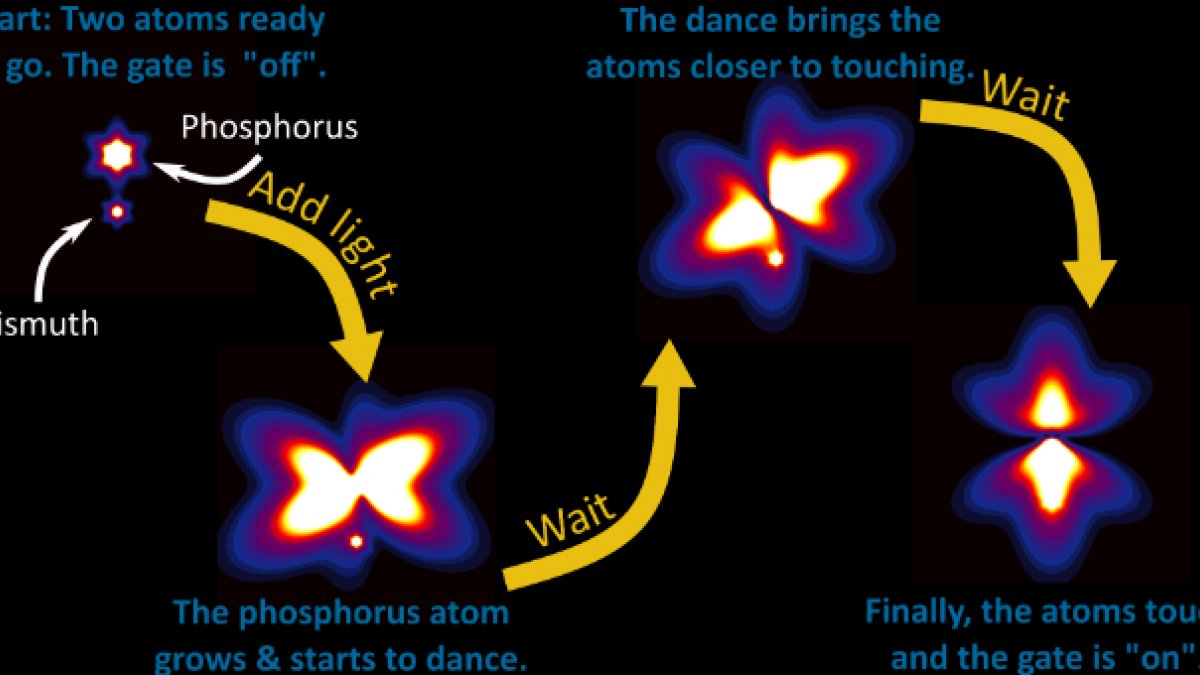 The group, led by Dr Steve Chick and Professor of Physics Ben Murdin, has developed a way of making phosphorous atoms ‘dance’, which could be the next breakthrough in the quest to make quantum computers a viable reality.

The study, published in Nature Communications, reports that the scientists were successful in manipulating atoms of phosphorous within silicon crystals, controlling their shape and size, essentially making them dance.

To date, the majority of quantum computers have been made using materials that are not mass-produced, and often using atoms suspended in vacuum.

But the Surrey team works with technology where single phosphorous atoms are trapped inside crystals of silicon, which are elements existing computer chips are made from. The team believes that positioning these atoms in a fixed grid structure could pave the way for reliable quantum computers. The strategy, called “surface code” quantum computing, involves placing many atoms in a fixed grid and using the dancing motion of the atoms to control how they interact.

Current generation computers such as those found on desktops use a series of switches called transistors to carry out the key functions of computing – storing information and processing that information.

Quantum computers work by storing and processing that information using atoms, which can be both “off” and “on” at the same time thanks to quantum mechanics. This allows them to process information more efficiently than the computers we have today.

Dr Steve Chick, who led the research with Professor of Physics Ben Murdin, said: “Our experiment showed that we can control the shape and size of the phosphorous atoms and make them dance around.

“Our intention is to take advantage of this behaviour to make ‘gates’, to control when and how the quantum computer works. Our advanced control will help make our quantum computers more reliable, even if they occasionally make mistakes. Classical computers already use ways of recovering from mistakes, but in quantum computers it’s a much more difficult problem.

“We also hope that using materials which are already popular in computing will allow quantum computers and current computers to be compatible with each other.”