With millions of motorists set to hit the road for the bank holiday weekend, drivers have been urged to close windows and turn off fans while in traffic jams to avoid breathing in dangerously high levels of air pollution.  Latest research from the University of Surrey has shown that simple adjustment to your car’s ventilation system while sitting in traffic jams can greatly affect your exposure to toxic fumes by up to 76%. 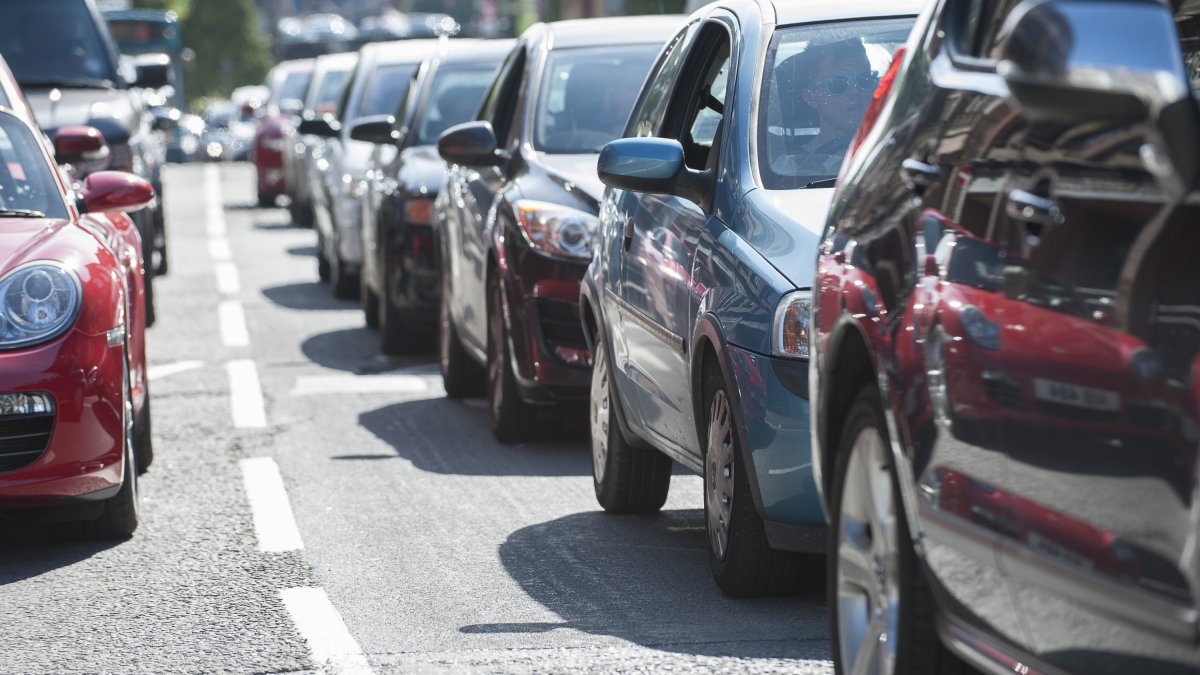 In traffic jams, or at red traffic lights with other vehicles stationary in front, research has shown that if we close the car windows and switch off the fan, this gave us the lowest exposure to pollutants.  It is also safe to put fans onto the setting where they re-circulate air within the car without drawing polluted air in from outside.

In the study, scientists found that when the windows were closed but the fan was on, the exposure was usually the highest while in traffic, due to the fact that the air outside the vehicle is generally much more polluted compared with the air inside the car.  Switching on the fan sucks the dirty air from outside to inside the vehicle resulting in an accumulation of pollutants in the car.

The findings also showed that when vehicles stop at red lights, they go through different driving cycles such as idling, acceleration and deceleration. At the same time, a number of other vehicles are also queued at red lights, emitting further emissions; these emissions take more time to disperse, especially in built-up areas and end up accumulating in the air at traffic lights. The problem is especially pronounced in urban cities with WHO classifying outdoor air pollution as being as carcinogenic to humans in October 2013 as smoking in February 1985.

Senior author of the research Dr Prashant Kumar from the University of Surrey, said: “Where possible and with weather conditions allowing, it is one of the best ways to limit your exposure by keeping windows shut, fans turned off and to try and increase the distance between you and the car in front while in traffic jams or stationary at traffic lights.  If the fan or heater needs to be on, the best setting would be to have the air re-circulating within the car without drawing in air from outdoors."

In London, it has been reported by the WHO that air pollution kills more than 10-times the amount of people dying from road traffic accidents, with an estimated 3.7 million premature deaths worldwide in 2012.  The problem of air pollution is also prevalent across Europe where over 400,000 premature deaths were attributed to fine particulate matter alone in 2012 and the situation is not very different in other parts of the world including the USA where exposure to ambient particulate matter is the eighth leading cause of death each year.

Last year, a group of researchers led by the University of Surrey’s Dr Prashant Kumar showed that drivers stuck at traffic lights were exposed up to 29 times more harmful pollution particles than those driving in free flowing traffic.

This current research, which has been published as a part of the 2016 Emerging Investigators Issue in the Royal Society of Chemistry’s Journal Environmental Science: Processes and Impacts, has now found out how to minimise drivers’ and pedestrians’ exposure to airborne micro particles in pollution hotspots.  Pedestrians were also found to be exposed to increased air pollution around traffic lights.