New research by the University of Surrey published today in the journal Monthly Notices of the Royal Astronomical Society has shone light on a globular cluster of stars that could host several hundred black holes, a phenomenon that until recently was thought impossible. 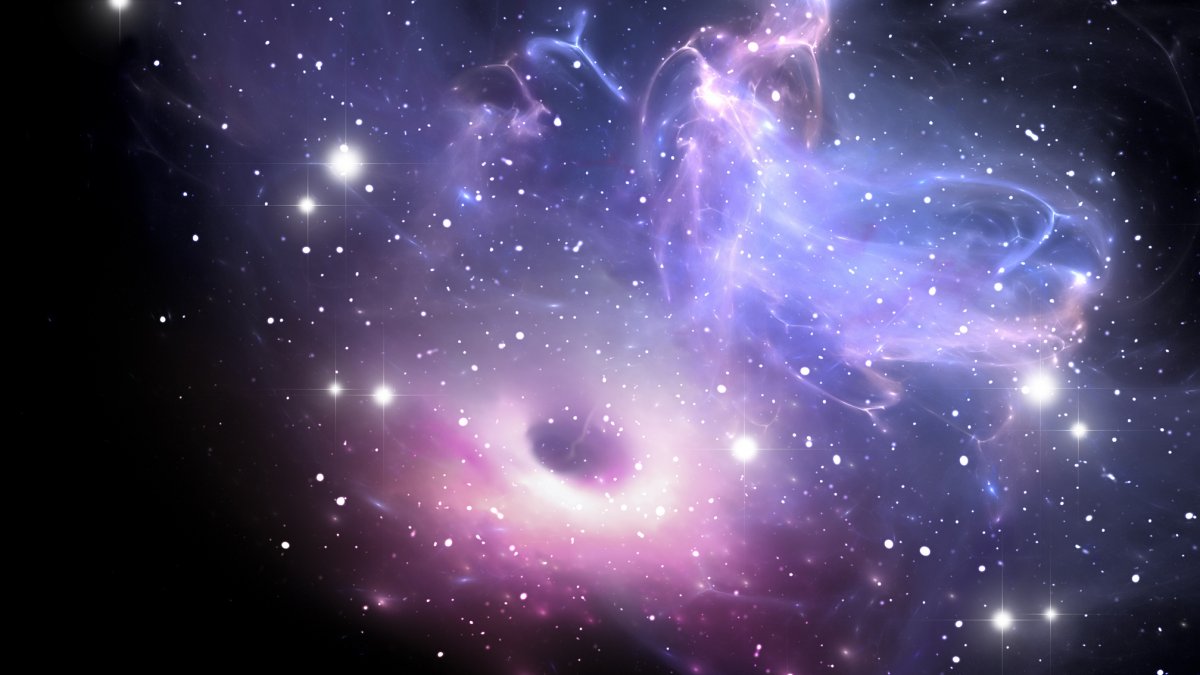 Globular clusters are spherical collections of stars which orbit around a galactic centre such as our Milky-way galaxy. Using advanced computer simulations, the team at the University of Surrey were able to see the un-see-able by mapping a globular cluster known as NGC 6101, from which the existence of black holes within the system was deduced. These black holes are a few times larger than the Sun, and form in the gravitational collapse of massive stars at the end of their lives. It was previously thought that these black holes would almost all be expelled from their parent cluster due to the effects of supernova explosion, during the death of a star.

“Due to their nature, black holes are impossible to see with a telescope, because no photons can escape,” explained lead author Miklos Peuten of the University of Surrey. “In order to find them we look for their gravitational effect on their surroundings. Using observations and simulations we are able to spot the distinctive clues to their whereabouts and therefore effectively ‘see’ the un-seeable.”

It is only as recently as 2013 that astrophysicists found individual black holes in globular clusters via rare phenomena in which a companion star donates material to the black hole. This work, which was supported by the European Research Council (ERC), has shown that in NGC 6101 there could be several hundred black holes, overturning old theories as to how black holes form.

Co-author Professor Mark Gieles, University of Surrey continued, “Our work is intended to help answer fundamental questions related to dynamics of stars and black holes, and the recently observed gravitational waves. These are emitted when two black holes merge, and if our interpretation is right, the cores of some globular clusters may be where black hole mergers take place.”

The researchers chose to map this particular ancient globular cluster due to its recently found distinctive makeup, which suggested that it could be different to other clusters. Compared to other globular clusters NGC 6101 appears dynamically young in contrast to the ages of the individual stars. Also the cluster appears inflated, with the core being under-populated by observable stars.

Using computer simulation, the team recreated every individual star and black hole in the cluster and their behaviour. Over the whole lifetime of thirteen billion years the simulation demonstrated how NGC 6101 has evolved. It was possible to see the effects of large numbers of black holes on the visible stars, and to reproduce what was observed for NGC6101. From this, the researchers showed that the unexplainable dynamical apparent youth is an effect of the large black hole population.

“This research is exciting as we were able to theoretically observe the spectacle of an entire population of black holes using computer simulations. The results show that globular clusters like NGC 6101, which were always considered boring are in fact the most interesting ones, possibly each harbouring hundreds of black holes. This will help us to find more black holes in other globular clusters in the universe. ” concluded Peuten.

To see a short film on this ground-breaking discovery into black holes
A stellar-mass black hole population in the globular cluster NGC 6101?