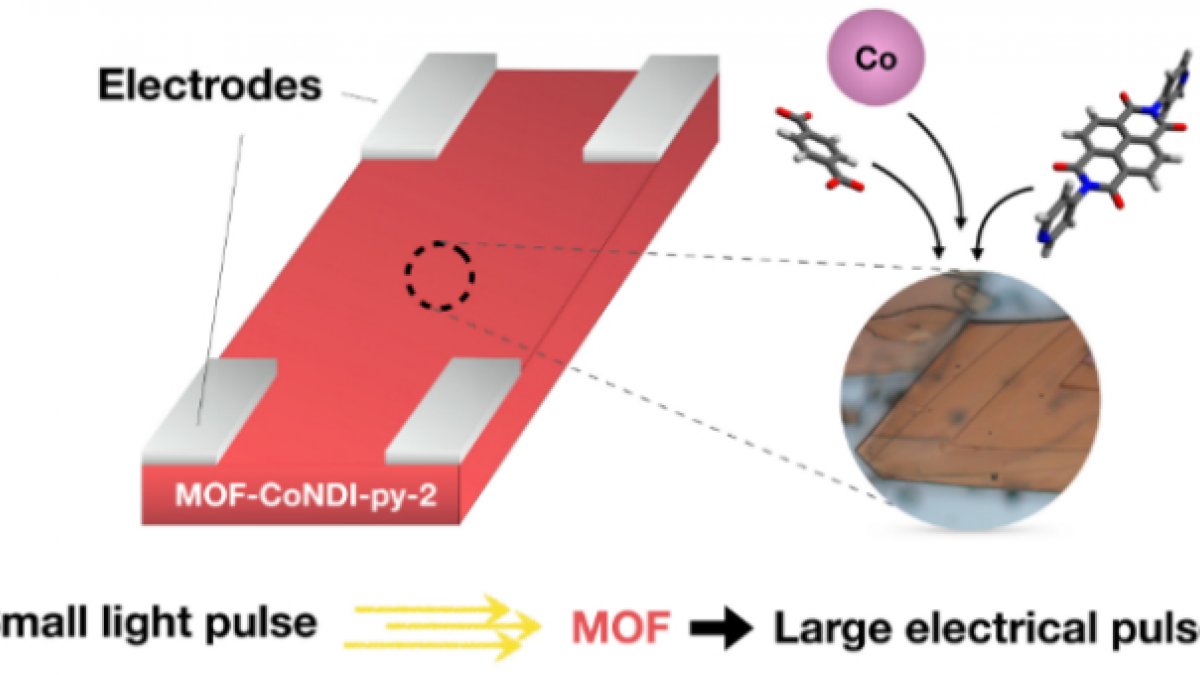 The team published its findings in the Nature Communications journal where it reported that its MOF had a responsivity rate of 2.5 x 105 amperes per watt. The team’s MOF was made by using cobalt (II) ions and naphthalene diimides and acid ligands.

MOFs are compound materials that are made of ions and ligands to make 3 dimensional structures. MOFs are typically used to store gas and to separate and purify chemicals, but the scientists hope that their new discovery could lead to MOFs being used to make photoactive materials such as solar cells.

Professor Ravi Silva, Director of the Advance Technology Institute, said: “Metal Organic Frameworks have been gaining a tremendous amount of interest of late for their potential to be used for gas storage, sensing and catalysis – but it is clear that they could be used for so much more.

“This is a great example of how collaborating on an international scale can result in truly exciting discoveries that have the potential to change the direction of a number of industries.”