Researchers from a group of UK universities have developed a 10-second test for HIV, based on mobile phone technology. 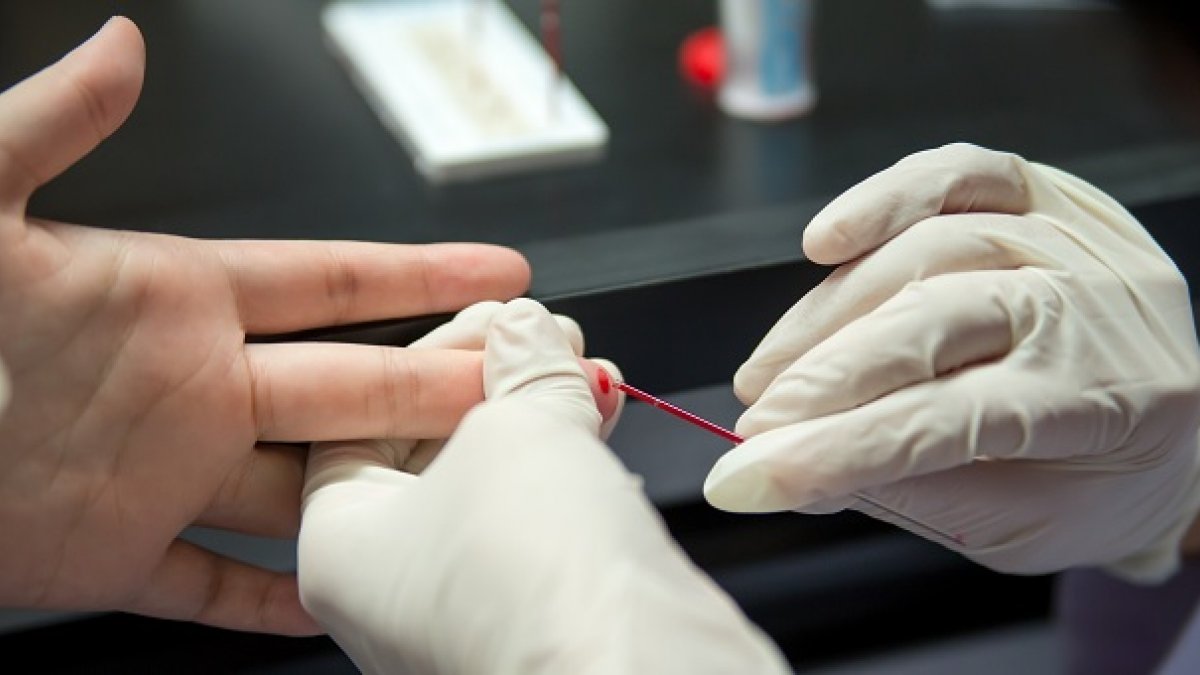 The University of Surrey, working with colleagues at University College London, the Africa Health research Institute (South Africa), OJ-Bio (Newcastle), QV (holdings (Netherlands) and the Japan Radio Co Ltd, have developed a mobile test using technology found in smartphones, and it could provide doctors and carers with a virtually instantaneous way of diagnosing someone with HIV. The test uses just a single drop of blood from a patient to produce a positive test within 10 seconds.

The test, announced in Scientific Reports, uses surface acoustic wave (SAW) biochips, which are based on microelectronic components found in smartphones. The disposable quartz biochips are extremely fast because they do not require complex labelling, amplification or wash steps, and a pocket-sized control box reads out the SAW signal and displays results electronically.

Professor Vince Emery, Senior Vice-President (Global Strategy and Engagement) and Professor of Translational Virology at the University of Surrey, said: “This research shows that we can find the perfect marriage between traditional medical science and cutting edge mobile technology to make a real difference to diagnosing serious viruses within seconds. The development is a great example of how multidisciplinary research, supported through the NIHR and the EPSRC interdisciplinary research centre, i-sense, can lead to technological breakthroughs that impact on global health.

“We have developed this 10-second test for HIV using existing smartphone technology, but it could in theory be used for a range of viruses, such as Zika or Ebola, potentially meaning that we can identify serious outbreaks before they become full epidemics, especially if we can link it with the evolving 5G technologies in the future.”

Early diagnosis and access to antiretroviral treatment increases life-expectancy by 10 years, reduces infant mortality by 76% and in pregnant women can almost completely prevent transmission to their baby.

Professor of Biomedical Nanotechnology at UCL and Director of i-sense, Professor Rachel McKendry, said: “This is an exciting breakthrough that lays the foundations for future clinical studies and product development.

"If successful, this platform technology could revolutionalise rapid HIV diagnosis and deliver major health and economic benefit to millions of people worldwide.”

CEO of OJ-Bio, Dr Dale Athey, explains, “Current point-of-care tests for HIV based on lateral flow technology are still relatively slow, with most between 10-20 minutes to produce results, which exceeds the approximate nine minutes for a doctor’s appointment in the UK.”

This work was funded by the National Institute for Health Research i4i programme and EPSRC IRC in Early Warning Sensing Systems for Infectious Diseases.