The unique liver function of a South American amphibian, Siphonops annulatus, could pave the way to finding a cure to the devastating liver condition cirrhosis, a new study published in the prestigious Journal of Anatomy reports. 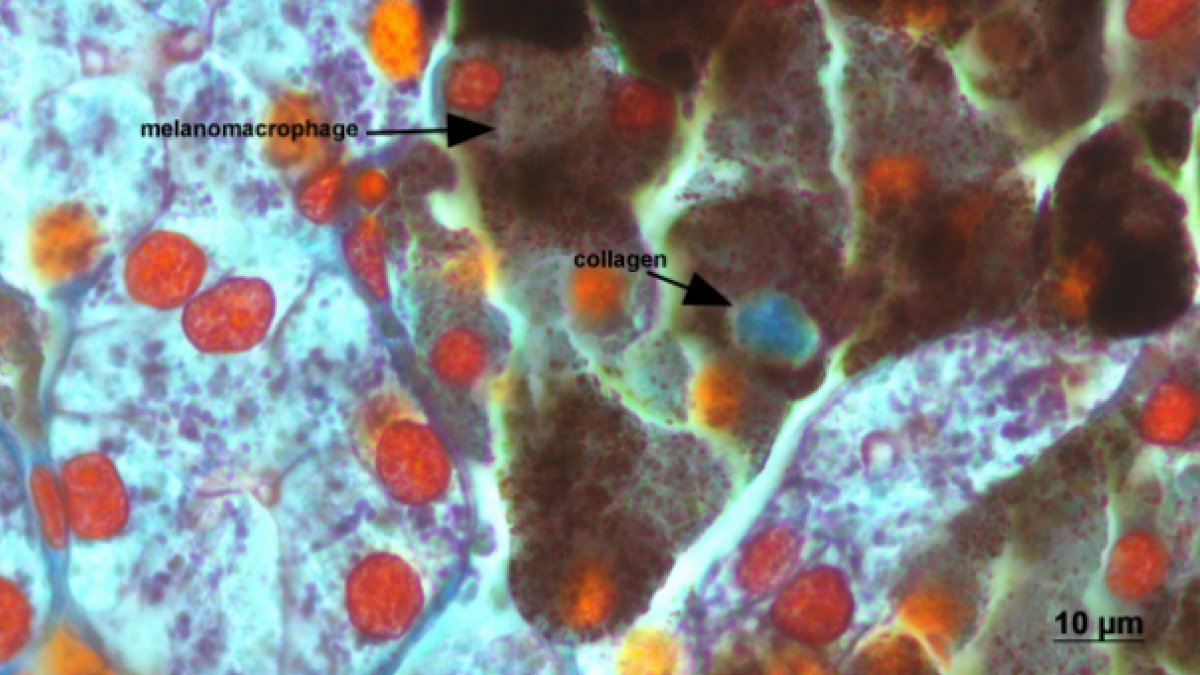 Researchers from the University of Surrey (UK), the Federal University of São Paulo and the Butantan Institute in Brazil used an innovative 3D liver cell examination to explore the liver function of this snake-like amphibian. During an in-depth examination, it was found that the liver of Siphonops annulatus produces blood cells throughout its lifetime and breaks down the protein collagen.

According to Dr Robson Gutierre, a morphologist and leading author of this study, the South American amphibian has very unique liver cells, known as melanomacrophages, which can remove and break down collagen as part of its natural function. In the same species, melanomacrophages also naturally engulf basophils, helping to minimise unwanted inflammation and reduce the scar tissue which can lead to cirrhosis.

Cirrhosis occurs in response to damage to the liver. Chronic alcoholism, hepatitis or other harmful substances can promote the response of self-repair in the liver, mainly represented as a high production of collagen and scar formation (fibrosis). As cirrhosis progresses, liver functions such as detoxification and cleaning of blood, among others, become difficult.

Several treatment strategies for cirrhosis have been tried throughout the world, such as delaying or removing the underlying stimulus that causes scars to form. Other treatments have looked at the degradation and/or removal of collagen.

Co-author Dr Augusto Coppi, lecturer in Veterinary Anatomy and Stereologist at the University of Surrey, said: “The liver function of this amphibian, Siphonops annulatus, may provide us with a unique opportunity to solve one of the most devastating illnesses of the liver.

“We do need further in-depth investigations into how this discovery could be translated into humans, but it may have the potential to alter how we view and treat this disease. We are constantly amazed by nature, and this particular and not-well-studied species of amphibian could help us find a way to stop or even reverse liver cirrhosis.”

Dr Robson Gutierre from the Federal University of São Paulo said: “The ability this species has to break down its natural defences could also provide insight into immunity tolerance, a mechanism by which the liver can minimise unwanted inflammations. Immunity tolerance can be studied in this species because they produce pro-inflammatory cells in the hematopoietic liver throughout its whole life, without developing chronic inflammations.”

Liver cirrhosis must be diagnosed early and the cause treated, but damage is rarely reversed. In the late stages, cirrhosis is life threatening. Every year more than 4,000 people in the UK die from cirrhosis and an estimated 700 people have to have a liver transplant each year to survive.

Researchers will continue to explore how this could be translated into humans.