The University of Surrey has unveiled state-of-the-art but “low-cost”, full body motion capture (mocap) technology that could transform the film and video-game industry. 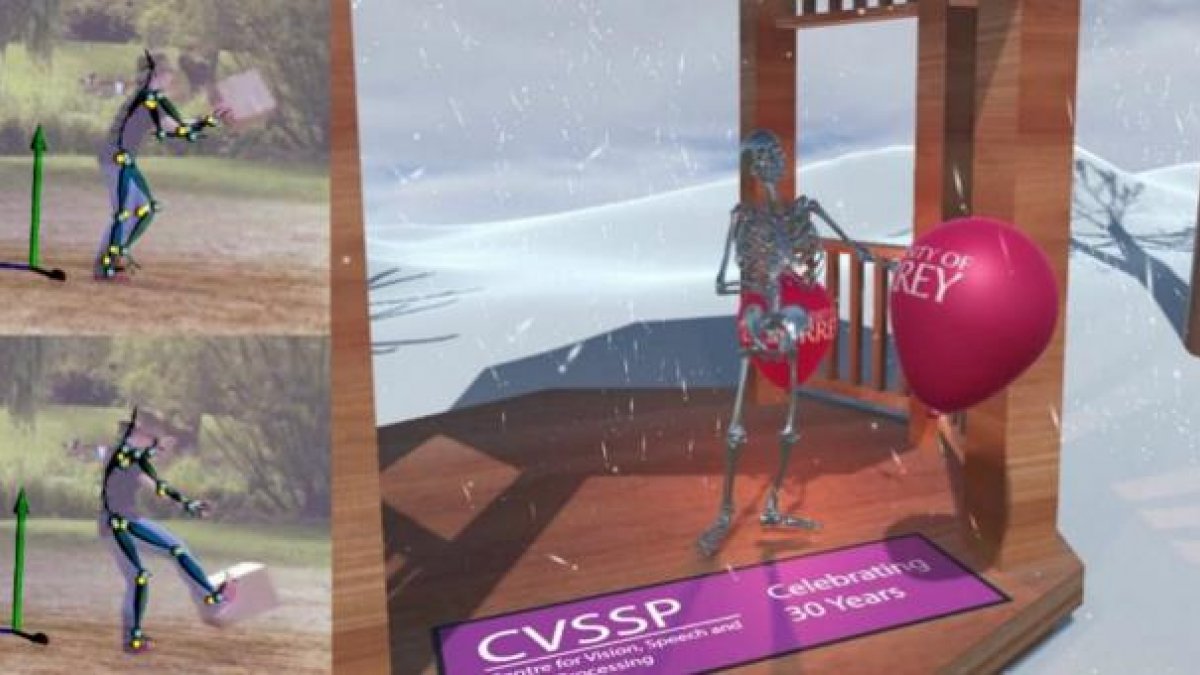 TotalCapture is a real-time, full-body mocap system that uses standard video cameras, along with inertial measurement units typically found in mobile phones. The new system requires no optical markers or specialised infrared cameras and can be used indoors or out, giving filmmakers and video-game artists unprecedented flexibility not found in existing mocap technologies.

The new technology was shown at the European Conference for Visual Media Production (CVMP), which took place on 11 and 12 December, in the British Film Institute in London.

Professor Adrian Hilton, Director of Centre for Vision, Speech and Signal Processing (CVSSP) at the University of Surrey, said: “We are very excited about this new approach to capturing live, full body performances outdoors. What we demonstrated at this year’s conference is something that could open new possibilities for artists who use motion capture technology to deliver immersive experiences.

“It will give film makers the freedom to imagine a world where they are not restricted to a sound stage with expensive cameras to accurately capture a performance for a video game or CGI character in a film. With this technology, it is easy to capture the performance of a subject in a variety of locations using a simple and low-cost set up.”

Dr Charles Malleson, Lead Researcher for TotalCapture at CVSSP, says: "Motion capture technology has developed massively over the past decade, improving the final image we see on screen immeasurably over what we saw even five or ten years ago. But when it comes to improvements, the focus has remained on the final image and the technology to capture it has remained costly and inflexible. Our system has modest hardware requirements, produces a quality image and can be used in outdoor or indoor environments. It will bring the power and freedom of motion capture to film makers at home as well as within the film and games industry."

You can view the total capture demo here: http://cvssp.org/projects/totalcapture/3dv2017/