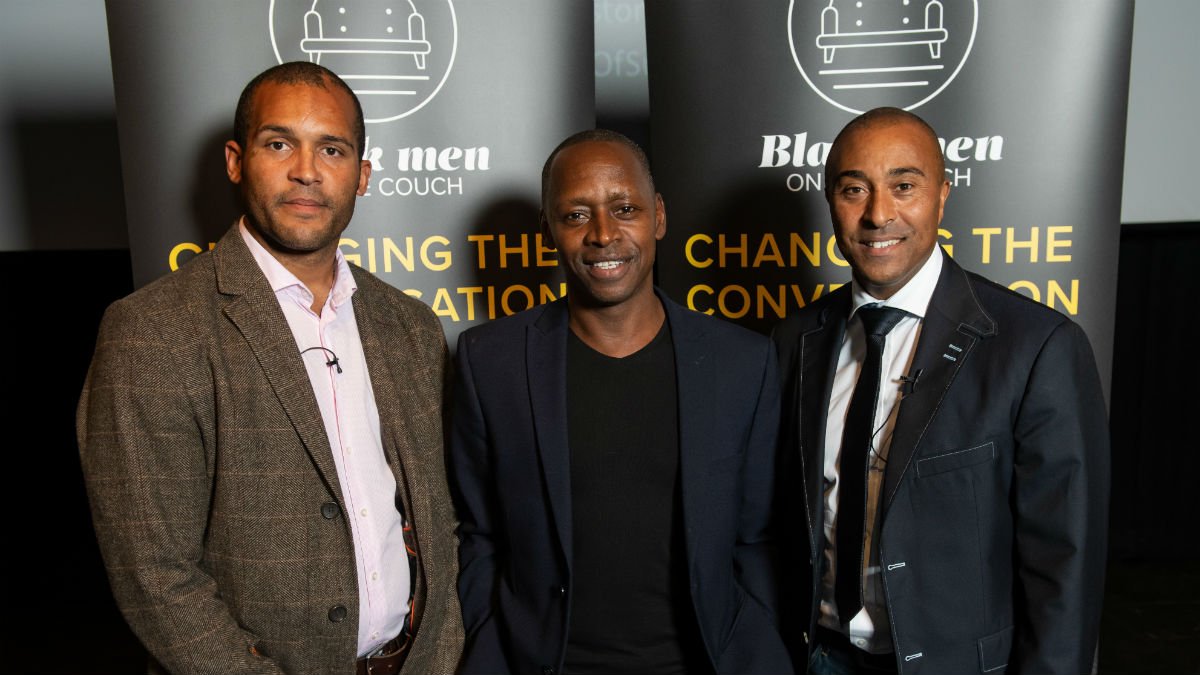 Colin Jackson, former 110 metres hurdles world champion and world record holder, told an audience at the University’s Ivy Arts Theatre about his struggles with anorexia during his glittering career.

“Sport has many positives for mental health but I found out to my detriment that there is a tipping point,” Colin Jackson told his host and the audience. “I was surviving on just 700 calories, while in full-time training, because I was convinced I was fat.”

He explained that it was thanks to his self-awareness about his state of mind and his support network of friends that he was able to climb out of this dark phase in his life and maintain positive mental health.

The inspirational Clarke Carlisle told of his own journey of self-discovery and how his relationship with his father helped him understand how race can impact mental health.

“In my house, my father was the dominant man but as soon as he walked out of the front door, this 6 foot 5 inch black man cowered and was timid when walking past people in the street,” the former Burnley footballer explained. “It hurts me when he tells me about his journey - more so than my own. It’s not that he didn’t use opportunities; it’s that they were taken away from him.”

Clarke shared that his experiences have taught him the importance of bringing up his children to understand and acknowledge their emotions instead of fearing them.

“Whatever emotions they have, they are bona fide. I am no longer emotionally illiterate, and they won’t be either.”

Black Men on the Couch is the brainchild of Rotimi Akinsete, Director of Wellbeing at the University of Surrey. He said: “We created Black Men on the Couch for nights exactly like this - to have successful, intelligent and honest black men tell us all that they too have experienced mental health struggles. Black men are not immune to these dark periods.

“It is important to have these very difficult conversations because, as both Colin and Clarke have shown, there are different available paths on the journey to mental health wellness. The problem we currently have is that not enough men are choosing to start that journey and we must do all we can to change this reality.”