Great Festival of Innovation: Space is now becoming more affordable and accessible to everyone

Space is now becoming more affordable and accessible to everyone from countries to school classes, Professor Sir Martin Sweeting told the GREAT Festival of Innovation in Hong Kong today. Professor Sweeting also said that, whilst space travel is currently only accessible by wealthy countries, it will soon become more widely available to (wealthy) space tourists. 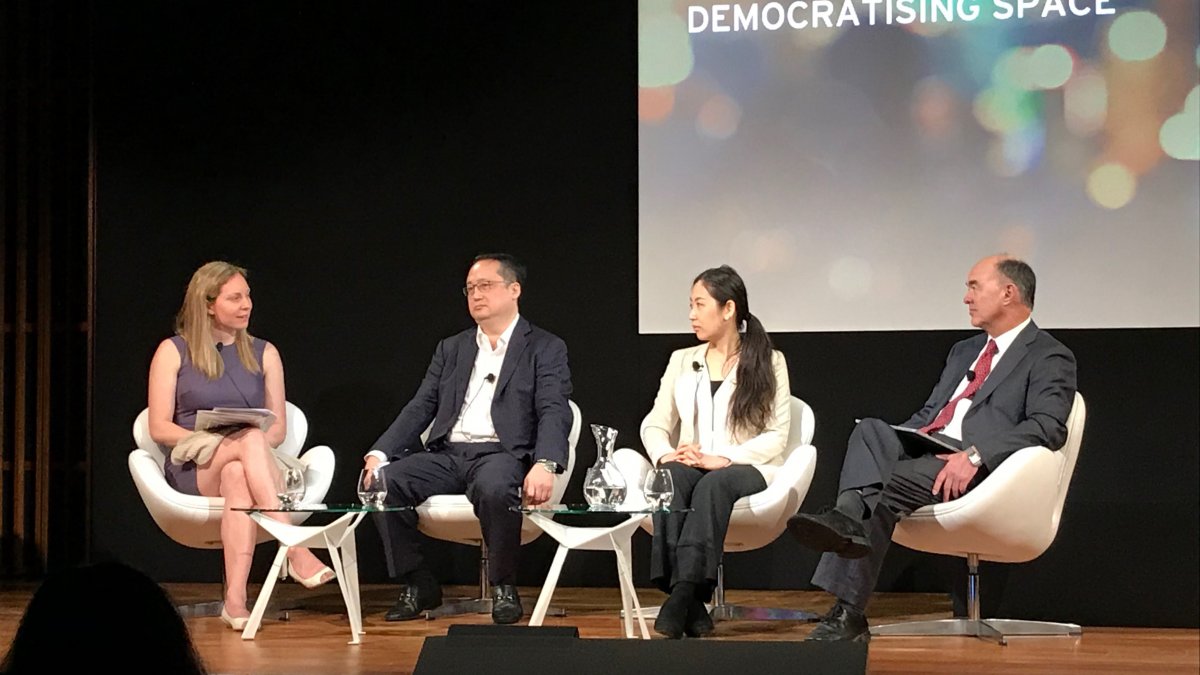 Professor Sweeting told a panel exploring the future of democratising space that the reduction in cost of space travel is making it an even more exciting field than ever before, but that it needs to be regulated carefully to avoid creating additional space debris.

“Space is becoming more and more accessible, and any country, university, business or even school can now realistically build and arrange for  a satellite to be launched into space, which is really exciting.

“Space tourism is going to be for the super-rich initially, but it will become more affordable in time, just as air travel did years ago.

SpaceX has led the way with a successful private sector rocket launch company driving down the costs of launch by innovative design and stream-lined production, with growing business from both commercial customers and the US Government. Nevertheless, the current cost of launch needs to come down ten-fold before we can truly make the most of the potential of space.”

The University of Surrey is due to launch its RemoveDEBRIS mission on 2 April. The RemoveDEBRIS mission, which has been designed and manufactured by a consortium of leading space companies led by the University of Surrey and funded by the European Commission, is one of the world’s first concrete steps to clean up the estimated 40,000 pieces of space junk currently orbiting Earth.

A SpaceX Falcon 9 rocket will propel and deliver the RemoveDEBRIS satellite to the International Space Station, where it will be deployed, via the NanoRacks Kaber system, to conduct a series of experiments that will demonstrate cost effective technologies that can be used to observe, capture and destroy space debris.

Professor Sweeting said: “We are very keen on this demonstration mission as we have been the victim of space debris: one of our satellites was hit by a piece of space debris in 1996, so it is a very real problem – fortunately the debris just knocked off the tail of our small satellite on that occasion, so it wasn’t seriously impacted, but we do need to solve the problem of debris.”

The panel included Dr Suzie Imber from the University of Leicester, Dr Naomi Kurahara, CEO of Infostellar and Tom Choi, chairman of Airspace Internet Exchange Ltd, and agreed that more needs to be done internationally to address protection of the space environment, which is something the University of Surrey’s mission hopes to achieve.

In the first of two capture experiments, a net will be discharged from the RemoveDEBRIS satellite at one of the deployed target cubesats to demonstrate net capture in space. The second capture experiment will see a harpoon launched at a deployable target plate, made of representative satellite panel materials – the first harpoon capture in orbit.  The third experiment involves vision-based navigation by deploying the second cubesat and demonstrating rendezvous navigation using cameras and a LiDaR.  Finally, the RemoveDEBRIS spacecraft will deploy a large dragsail to speed de-orbit, where it will burn up as it enters Earth’s atmosphere.

It is estimated that there are more than 7,600 tonnes of space junk in and around Earth’s orbit - with some moving faster than a speeding bullet, approaching speeds of 30,000 miles per hour.