The greenest of deals

James is studying BSc International Relations and is one of the Centre for Britain and Europe’s Jean Monnet Studentship holders for 2020/2021. He has a keen interest in foreign affairs, energy security and sustainability.

Times of crisis tend to be a critical time for governments and institutions to establish and evaluate long term priorities. Current circumstances in Europe provide the European Union with the opportunity to address long-term challenges. Turning a crisis into the perfect opportunity for change.

The Von der Leyen commission has adopted environmental protection as the central strategy for its tenure with the introduction of the European Green Deal. A plan that should inform every other policy output of the commission’s mandate, making the next 10 years the ‘environmental decade’. Based upon the ideas laid out in the Green New Deal proposed by American legislators, the plan’s central aim is for net-zero emissions in the Union by 2050 with an economically sustainable transition. The flagship policy has received overwhelming support and resource commitment from both Berlin and Paris, giving it significant political weight. This multifaceted deal is a serious political, economic and social undertaking, one in which the commission isn’t taking lightly. I’ll attempt to focus on some of the key areas that set it apart globally, making it an ambitious venture for no other nation or institution has sought to undertake. The key areas that I shall give specific attention to include; energy, finance, sustainability and leadership. 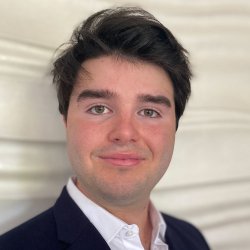 Energy security has become a significant challenge to the European Union in recent years. Increasing dependence on energy imports has posed a problem for both European diplomacy and security. The increasing risk on certain assets such as fossil fuels and further devaluing of these assets have created a transition risk. Russia remains the largest exporter of energy to the European Union and the future of these relationships is problematic for the Commission. Some member states such as Germany would largely benefit from Russian energy supply. Whereas others have worried about leveraging more security power to the Russian state, these have included the Baltic states which have been vocally concerned about Russian energy presence in the region. The Green Deal aims to rethink policies for clean energy supply and move forward with a regional energy transition. An important aspect of the Deal’s ‘Clean Energy’ policy is to secure affordable and stable EU energy supply that is based largely on renewable sources. A particularly interesting aspect of the deal is that it delivers effectively for consumers wants and needs, whilst meeting ambitious targets of decarbonisation. Making it an appealing offering for all member states.

Global climate action has been restricted by necessary resources and financing from both the public and private sectors. The Commission’s plan offers an economically broad proposal of green investments in both technologies and infrastructure and the assurance of keeping the European economy internationally competitive. There are several ways that the EU have suggested it can finance the deal. The first is through the EU budget, with around 30% of the budget being set aside for green initiatives which could be set to grow in the future. Scepticism around further enlargement of the EU budget has tended to be among member states that are far more environmentally minded, offering them a compromise on green investment. The introduction of a Just Transition Fund helps to alleviate the economic costs of transition for member states who may struggle to acclimatise to diversifying and innovating the economic foundation. The EU will rely on both member states and the private sector to make up a significant proportion of the funding towards the initiative. It is currently unknown how the EU will collaborate with the private sector and what is specifically expected from them. However, the Green Deal seems to have an airtight financial framework that can work effectively to support the wider aim of a green ‘revolution’ in Europe.

The Circular economy is referenced throughout the deal as a central part of mobilising industry and society to decarbonise in the long term. The circular economy is the key to a sustainable economy that transforms the role of industry and resources to become greener. It offers great potential for infrastructural change that benefits people and the local economy, for example, projects to make buildings more sustainable through the implementation of green technologies and resources. The deal details many areas in which they wish to revolutionise, such as the agro-food sector which they seek to transition at a great economic and political cost. The point being made by the commission with this deal is that the technologies and capital exist they just need to be scaled up and put into effective use.

Any deal of this magnitude needs significant political capital from both member states and each institution of the Union. The deal seems to have this support and it is seen to have increased due to the effects of the Coronavirus pandemic - many see this as the time to implement a green industrial recovery. The current unwavering support of the two largest industrial economies in the Union, France and Germany, gives the deal a chance to be rolled out and delivered. Whether this support sustains is another matter, with the leadership change in Berlin on the horizon and French presidential elections in 2022, future support for the deal is uncertain. The deal gives the European Union the unique opportunity to be a global climate leader - a leader that promotes green investments and diplomacy. This could give the EU ample power to shape green investments in developing nations and promoting green initiatives among industrial powers such as the United States and China.

The comprehensive contents of the European Green Deal suggest to me that this is less about good P.R. and more of a game-changer for global climate action. It offers a long-term strategy that takes into account the environment, the economy and citizens’ welfare and offers an achievable roadmap for the Union to follow to achieve the ultimate goal of net-zero emissions by 2050. Ursula von der Leyen could prove to be the Roosevelt of her time and deliver a ‘green revolution’ in Europe.

Jean Monnet Centre of Excellence
Centre for Britain and Europe