The experience of studying at Surrey has shaped the career of Jordi Puignero-Ferrer who was recently appointed Minister for Digital Policy and Public Administration for Catalonia. 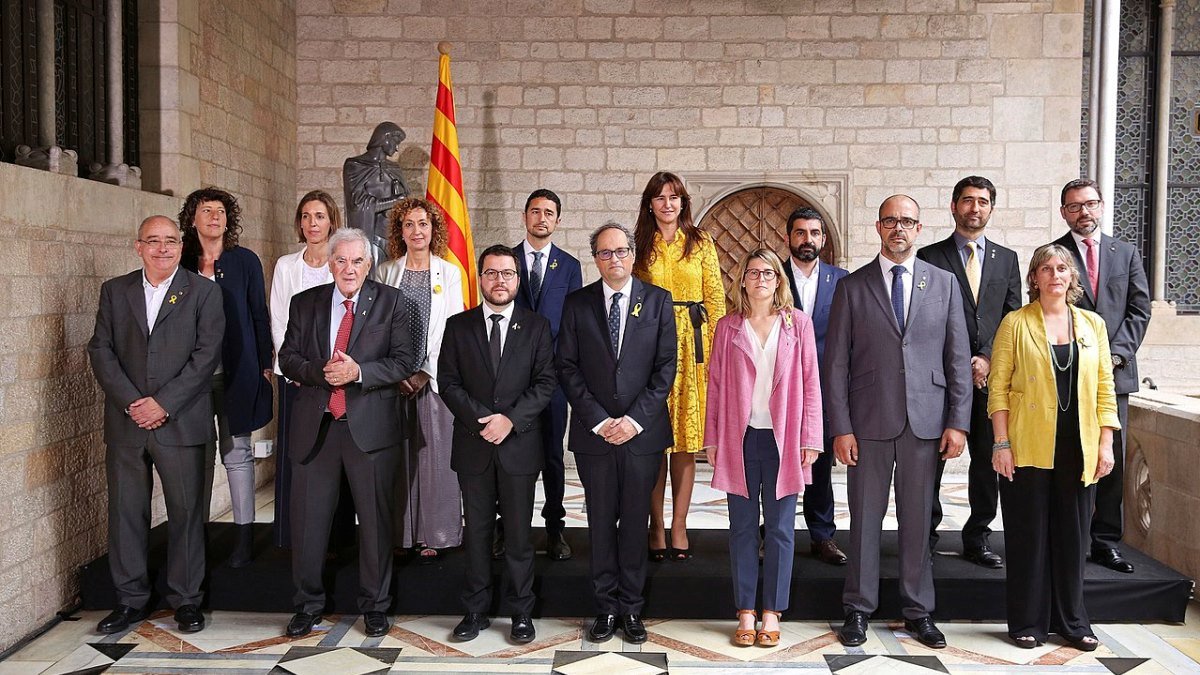 Jordi, back row, second from right, and other members of the new Catalan government

Jordi credits his MEng in Information Systems Engineering (1997) and his time at the University for equipping him with the skills and knowledge to achieve success, first in the IT world and subsequently in politics.

He said: “Studying at the University of Surrey was an exceptional opportunity for me and gave me the chance to learn from the remarkable community of academics and professors, who opened my mind about the contribution I could make to my environment and the world.

“The values that Guildford taught me - effort, sharing, and determination - have forever impacted my personal and professional lives. Being an alumnus of Surrey has been one of the greatest things that has happened to me.”

Jordi worked for Deutsche Bank and IBM, before serving as Deputy Mayor of his home town Sant Cugat (a city next to Barcelona), leading on the areas of governance, safety, mobility and technology. In 2013, he was appointed Secretary of Telecommunications, Cybersecurity and Digital Society of the Catalan Government. He took up his ministerial role when the new government was formed this year.