The benefits of studying and working abroad are epitomised by two Surrey graduates who now work at the same company in Germany following Erasmus funding as students. 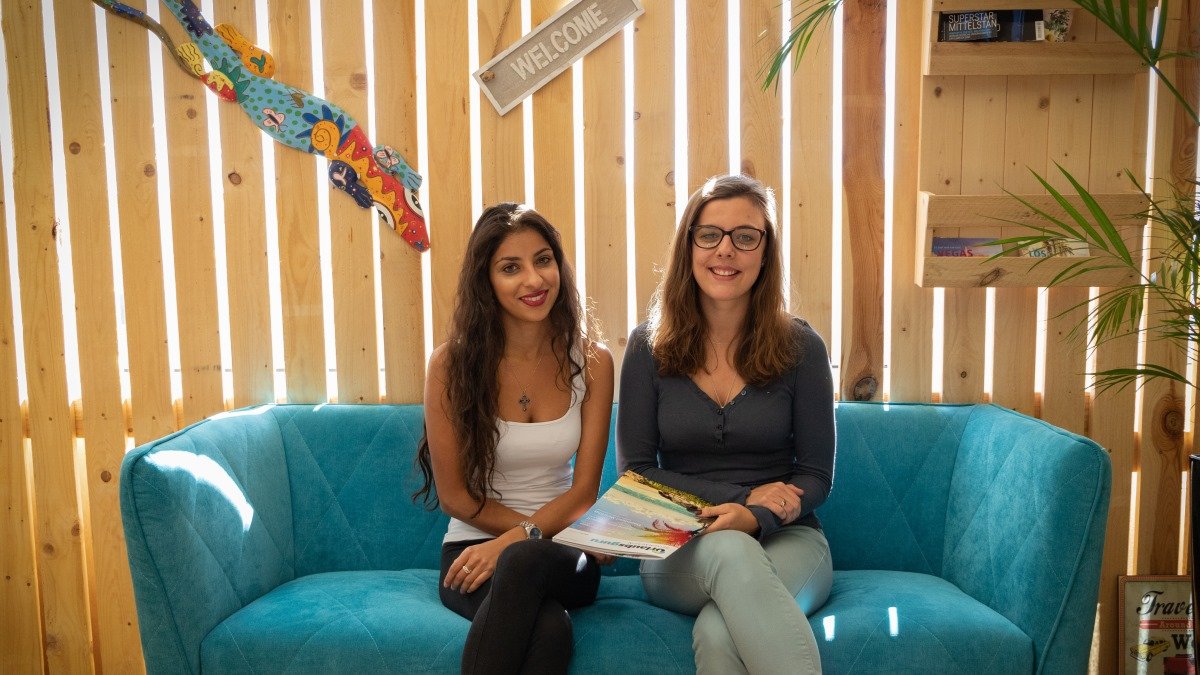 Christie Palmer and Omega Love took advantage of the scheme which enables students to study in a higher education institution or work in an organisation in another European Union country. In the 30 years Erasmus has been running, more than 2,000 Surrey students have taken part.

Both Christie and Omega joined German media start-up UNIQ and credit their studies for giving them the experience and skills to work abroad.

Christie, who graduated with a BA in Spanish and German this year, worked for UNIQ for seven months as part of her year abroad doing translations.

She said that the experience was incredibly beneficial for her professional development. “You learn communication skills and team work and, because you are in another country as well, you have to be very independent and put yourself out there!”

Omega, a 2018 International Hospitality and Tourism Management graduate, recently took on the role of online editor at UNOQ’s MyHolidayguru.co.uk, a travel blog and online magazine that sources the best value holiday deals.

During her Erasmus placement, Omega worked in online content creation for a luxury tour operator. She looks back on the experience positively. “I thought, ‘Wow I’m good at this, it’s a shame that there’s nothing really waiting back in the UK for me’.”

Following her studies, Omega embarked on a six-month internship working as an editor at a London-based bridal magazine. There, she met her German boyfriend, Christian, and they kept in contact for over a year before Omega took the plunge and began her job search in Germany

An avid traveller, Omega said the job suits her perfectly.  “I’ve loved travel writing since I was a child. I owe that to both of my parents. They took us to loads of countries and I was always big on reading so it just came naturally.”

So what advice would both women give to students considering an Erasmus year?

Christie says: “I would say go somewhere where you have an interest in the culture and/or the language. I think that’s really important. Also, just say yes to everything!”

Omega would encourage young people in the UK to look further afield than London. “In this day in age you need to be really proactive”, she said. “Don’t take the first job that comes along. Look for something that’s in line with who you are as a person and when you find that, go for it.”