The experience of living with a disease that affects just one in a million people has led Surrey alumnus Mishal Dattani to the House of Commons. 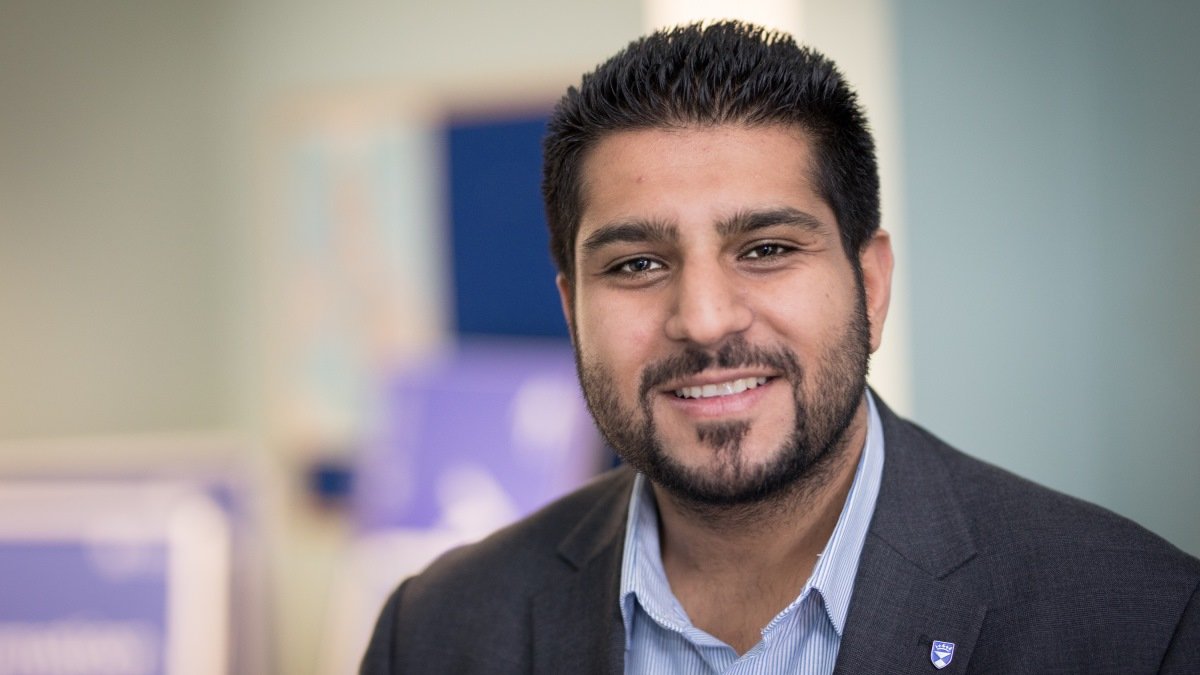 Mishal, who graduated with a BA in Politics with International Studies in 2010, suffers from Budd-Chiari syndrome which affects the liver and blood vessels.

It’s so rare that it took doctors 59 days to diagnose and start treatment when he was admitted to hospital in 2016, suffering from fatigue and breathlessness and struggling to even walk.

As part of Rare Disease Day this week, Mishal, a media volunteer with the charity Rare Disease UK (RDUK), attended a Westminster reception to address politicians and policymakers about his own condition and raise the profile of those who suffer from rare diseases across the UK.

It is estimated that 3.5 million people in Britain will be affected by a rare disease (one that affects less than five in 10,000 of the general population) at some point in their lives.

Baroness Blackwood, the Parliamentary Under Secretary of State (Lords) and fellow rare disease patient, delivered the keynote address and launched the National Genomic Healthcare Strategy to mark the day, after which Mishal made his speech.

Mishal, who is a senior student recruitment officer at the University of Dundee, said: “Since my diagnosis and learning about the condition I’ve started to volunteer with both RDUK and the British Liver Trust. I’m used to standing in front of large numbers of people as part of my job so I’m happy to have attended the Westminster event and raise awareness of Budd-Chiari and other rare diseases.”

Following the event, Mishal had doctors, charities and other rare disease patients reach out as a result of his address. His prime reason for doing this was to raise awareness and in that regard he believes it has succeeded.

When Mishal finally decided that he needed medical help, a CT scan showed that he had an enlarged spleen and swollen liver. It meant fluid was leaking into other parts of his body, including his lungs, which is why he was having trouble breathing. In all they drained 13 litres of fluid from his body on that occasion with a further 10 litres subsequently.

Mishal, 33, was off work for seven months and was able to return in May 2017. He continues to visit a liver disease consultant and haemotologist at the Royal Free Hospital in London and takes anticoagulation medication.

“The daily management of the disease is something I’ve had to get used to. I take 8 or 9 tablets every day and have to have regular blood tests, ideally once a week, to check that the medication isn’t causing me problems elsewhere. I have to be really careful with what I eat and drink to avoid reactions.

“It’s such a rare disease that there’s a worldwide Facebook group and we only have about 140 members! I recently met another sufferer in person for the first time, a lady from near Glasgow. She’s in her 50s and has had it since childhood and had a family so that was very reassuring that you could still have a great life with this condition.”

Read more about Mishal and his condition in his story.