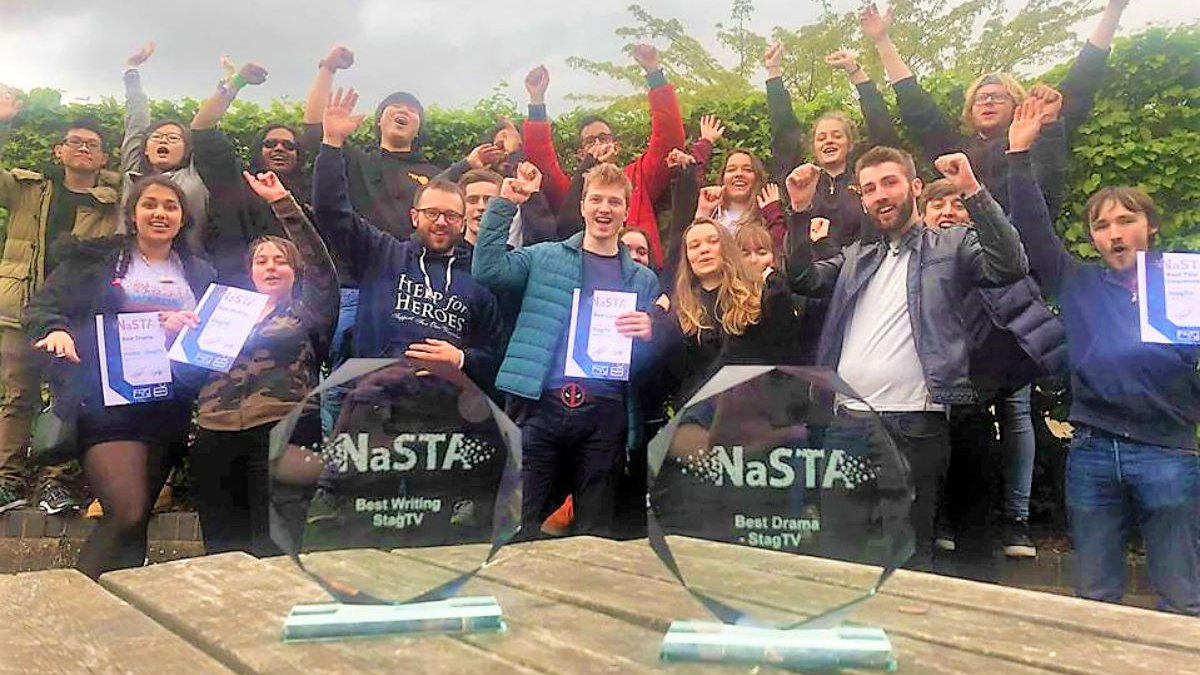 Written, directed and edited by Maximillian Newcombe, short film EESHA won the awards for the Best Writing and Best Drama, as well as being highly commended for Best Cinematography and shortlisted for Best Post-Production. Featuring footage captured on Surrey’s Whitmoor Common and in Guildford Cathedral, the film vividly tells the story of a man’s search for a missing girl.

The Station’s IHaveNotLost mental health awareness campaign, which was a collaborative effort alongside Stag Radio and The Stag, was shortlisted for the Mars EL Brogy Award for Multimedia Content while their 2018/19 marketing campaign made the top five for Best Station Marketing.

With hundreds of submissions received across the 20 categories and over 40 student TV stations across UK competing, this is an impressive collection of accolades and marks StagTV’s most successful year at the awards yet.

Director of the Film and Video Production Technology programme for the Department of Music and Media, Alan Haigh said: “Our course equips students with an all-round education, preparing them for a vast range of careers across the film and broadcast industries. The NaSTA Awards are all judged by industry professionals so to win these awards and secure numerous high commendations is a fantastic achievement.

“StagTV enables us to enhance the student experience, offering a brilliant mechanism to apply and showcase their knowledge in real-life application. The students strive tirelessly to improve their skills and thoroughly deserve this recognition which emphasizes the high quality of their work.”