Teaching Fellow nominated for Women in IT Awards

Stella Kazamia was shortlisted for a prestigious Women in IT award for an initiative aimed at getting students from underrepresented groups into coding. 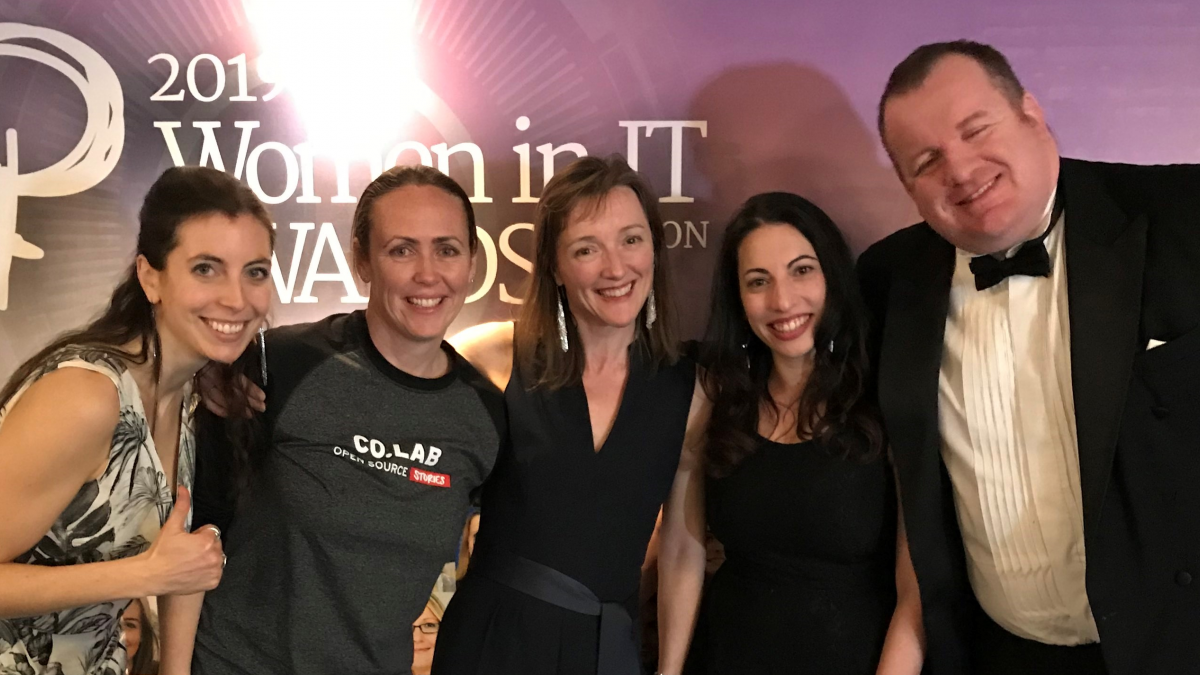 Stella (second from right) with her partners in the initiative.

Stella Kazamia, a Teaching Fellow within the Department of Computer Science, was nominated for ‘E-skills initiative of the year’ in the 2019 Women in IT Awards, winning her place in the highly competitive category alongside tech giants such as Sky and Ocado Technology.

The initiative brought together schools, academia and industry to encourage Key Stage 3 students to use open source software in a collaborative and fun way by developing a mobile app which could then be entered in the Open Schools Coding Competition (OSCC). The aim of the initiative was to promote STEM opportunities to everyone and help create a more diverse and inclusive tech industry.

Now in its second year, OSCC is a collaboration between Red Hat (the world’s leading provider of open source solutions), Lord Wandsworth College and the University of Surrey. The 2018 Competition grand final – which was held at Surrey – saw over 100 school students from all over the country putting their wits and technical creativity to the test, and gave them the chance to showcase their work, and exchange skills and ideas on how to take their ideas to the next level.

Stella said: “I think in order to empower girls and underrepresented groups, it is essential that we first educate them in not being passive users of technology but being active creators who can utilise technology in developing an amazing future. This is what the initiative was about.

“I was thrilled to be nominated for a Women in IT award. Attending the awards was a great experience, and it was very inspiring to see what other people are doing with regards to the gender diversity in IT.”

The Women in IT Awards showcase the achievements and innovation of women in technology, identifying new role models and promoting further dialogue around diversity amongst industry influencers. The awards evening, which took place on 30 January 2019 at London’s Grosvenor House Hotel, was the world’s largest ever event dedicated to tackling gender imbalance in the technology industry, with 1,200 business and technology leaders attending.