The University of Surrey Orchestra will reunite with the local community to deliver a free online performance of the Thunderbirds March on Sunday, 4 July 2021. 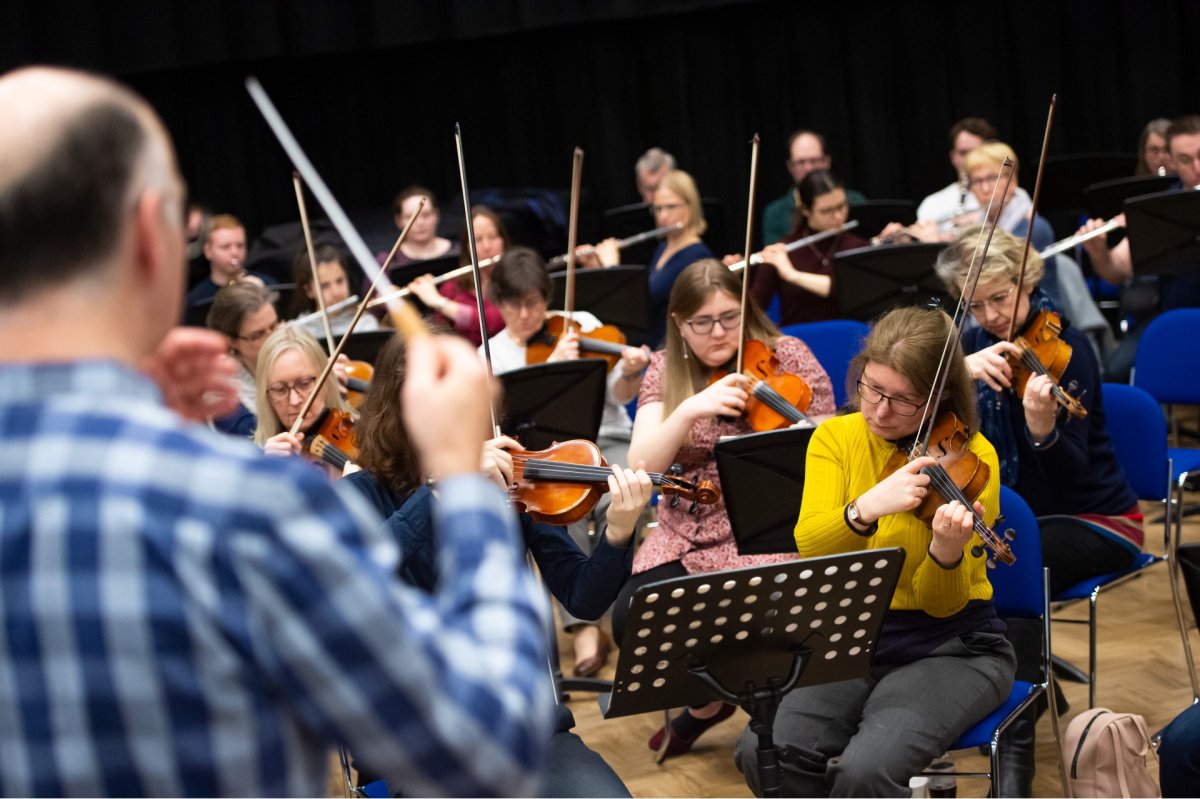 Organised by the Department of Music and Media, the performance, which will feature over 30 musicians including students, staff, alumni and members of the community, will be streamed via Facebook and Youtube at 5 pm.

The musicians have come together virtually to record the uplifting Barry Gray classic ‘Thunderbirds March’ from home; the piece was chosen to echo the positivity as the world starts to open up again following the pandemic.

Drawn together under the expert baton of the University of Surrey’s Director of Conducting, Russell Keable, and produced by alumnae Olivia Zacharia (Music BMus) with sound editing by Jen Paterson (Tonmeister BSc), the performance promises to be an uplifting celebration as we move towards summer.

Russell Keable, Head of Conducting for the University of Surrey’s Department of Music and Media, said:

“Given that we’ve not been able to meet up on campus, this has been a fantastic way of keeping in touch with our friends in the local community, as well as with musicians (staff and students) on campus. The spirit of our Community Orchestra Days is alive and well, and we’re eagerly awaiting the opportunity to re-start them in person.”

Usually, the Surrey Community Orchestra Day is held twice a year in person, on campus in Studio One, Surrey’s state of the art concert space in the Performing Arts Technology Studios (PATS). 100 musicians would rehearse a classical piece over one day, before performing to a live audience in the evening. However, due to Covid-19 restrictions, these sessions have been unable to take place. In response to this, the Department of Music and Media has arranged the online alternative,  inviting new players and those who’ve featured before to come together to perform online. Previous performances have included music by Bernstein, Tchaikovsky, Stravinsky and theme tunes from Star Wars and Batman.

Watch the full performance streamed at 5 pm on Sunday 4th July, on the Department of Music and Media’s Facebook page, or through the university’s Youtube page.

Learn more about the studying for Music BMus at Surrey.