A wee insight into a fatal Scottish disease

Innovative new research from the School of Veterinary Medicine at the University of Surrey has uncovered vital clues in diagnosing equine grass sickness. 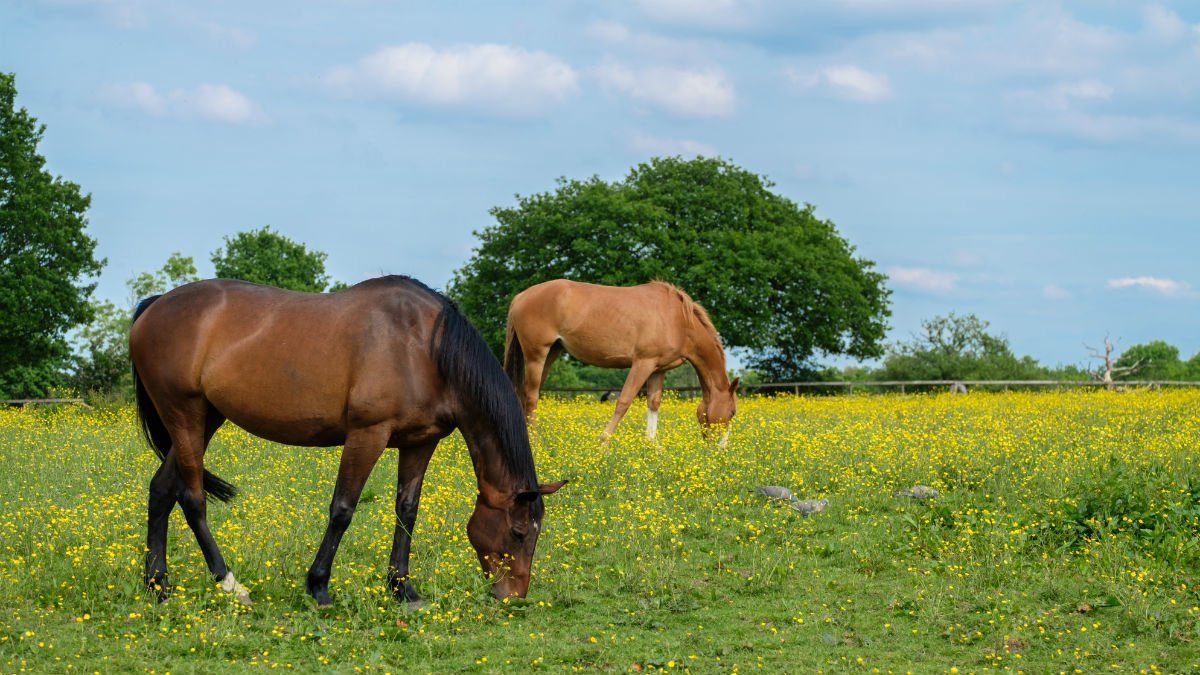 Researchers found changes to the gut bacteria and small chemical compounds (metabolites) in the urine can help give a greater understanding of this difficult to diagnose disease which is particularly prevalent in Scotland. Currently equine grass sickness can only be diagnosed by symptoms such as colic, muscle tremors and rapid weight loss or through an invasive biopsy of the intestine.

During the study researchers examined urine, plasma and faeces from 40 horses (19 of which had equine grass sickness) over a two year period and identified key bacterial changes and urinary biomarkers which could help veterinarians identify this difficult to diagnose illness.

Following analysis of bacterial DNA extracted from faeces, researchers found that horses with equine grass sickness had significantly reduced bacterial diversity in their colon compared to healthy horses grazing in the same field.

Of the bacteria present in the faeces of horses affected by the condition, higher levels of the protein and the carbohydrate Bacteroidetes, and a decrease in the fibre degrading bacteria Firmicutes were identified. An increase in Bacteroidetes bacteria has previously been associated with colitis and diarrhoea in horses.

Differences in the metabolic profiles of urine samples were also observed between healthy horses and those with equine grass sickness. Those with the disease had higher levels of, trimethylamine N-oxide and hydrochloride O-acetyl carnitine in their urine and lower amounts of the hippurate and 4-cresyl sulfate compared to healthy horses.

The identification of these urine biomarkers has the potential to be incorporated into a non-invasive diagnostic test, aiding vets in quickly and accurately diagnosis this debilitating illness.

Principal Investigator, Dr Joy Leng from the School of Veterinary Medicine at the University of Surrey, said: “Equine grass sickness was first described over 100 years ago however its cause is not definitively known. The bacteria Clostridium botulinum has been implicated for the majority of this time but we did not know what the effect of grass sickness has on the rest of the gut bacteria.

“Interestingly, we did not find an increase in Clostridia bacteria in the faeces of horses with grass sickness, although this does not rule out its involvement in the disease. We have also identified changes to the urinary metabolic profile that have previously not been characterised in grass sickness horses.

“Our work has offered new insights into this fatal equine disease that have not been seen before. The urinary metabolites we have identified show promise be able to identify horses with grass sickness. Further work may indicate how we could fortify the equine gut bacteria populations with pre or pro-biotics as a preventative measure for equine grass sickness.”