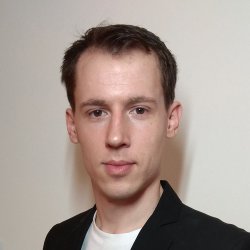 Perez Alberto (2020) THz nonlinear optics in silicon and germanium for third harmonic generation.,
DOI: 10.15126/thesis.00858019
This thesis is concerned with the generation of terahertz (THz) light in the frequency range of 5?15 THz. This range is difficult to produce at high intensities, and no high-power table-top sources exist for it. The reasons for the interest in this frequency range are broad, and include communications, chemical and biomedical spectroscopy, etc. Different applications require highly specific technological characteristics, such as room temperature operation or very high stability, and satisfying all possible requirements in one generation mechanism is difficult. In this study, we sought to develop a solution to the problem of optical pumping of donor impurities in silicon, to control the orbit and spin of the donor electron in quantum computer gates. It is obvious that great advantages would be obtained if this control were possible with a bench-top source, and this is the key to enabling such high efficiency control to spread to the wider community of physicists and engineers working on spin qubits. To achieve this purpose, we explore the possibility of use a cheap material like single doped silicon and germanium to triple THz radiation from 1.7 to 5 THz (which is available from Quantum Cascade Laser diodes). The presence of the dopants modifies substantially the optical properties of the semiconductors, generating large nonlinear coefficients at THz frequencies. Samples of bismuth doped silicon and phosphorus, arsenic and antimony doped germanium has been characterised using frequency-domain and time-domain spectroscopy, and finally the optical nonlinear coefficient of Si:Bi has been measure by a Four Wave Mixing (FWM) experiment. We have found that the nonlinear susceptibility $\chi^{(3)}$ of Si:Bi at resonance is the highest ever reported for a bulk material.