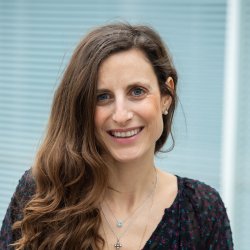 Dr Evgenia Mechleri is a Lecturer in the Department of Chemical and Process Engineering at the University of Surrey. Prior to this, she was a Research Fellow in the Energy Institute at Brunel University at the RCUK National Centre for Sustainable Energy Use in Food Chain. She has worked on the “OPTEMIN project: Optimising Energy Management in Industry”, an EPSRC funded project which is taking a whole systems approach to the optimisation of energy management in industry, with a view to meeting long-term targets for reducing greenhouse gas emissions and global warming.  She has also worked as a Research Associate for four years at Imperial College London in the Department of Chemical Engineering and the Centre for Environmental Policy. She was involved with various projects related to multi-scale systems modelling, covering the areas of decision making, control and optimisation. Her research is focused on developing and applying decision-making tools and control strategies designed for environmental and cost-effective issues in energy planning processes. She has also established and rigorously evaluated control methodologies for the analysis and optimal control and scheduling of dynamic systems.