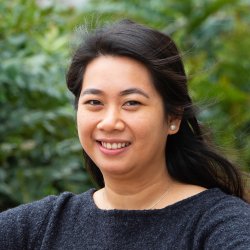 De Jesus Janella, Bunch Josephine, Verbeck Guido, Webb Roger, Costa Catia, Goodwin Richard, Bailey Melanie (2018) Application of Various Normalisation Methods for Microscale Analysis of Tissues Using Direct Analyte Probed Nano-extraction (DAPNe), Analytical Chemistry 90 (20) pp. 12094-12100 American Chemical Society
DOI: 10.1021/acs.analchem.8b03016
Direct analyte-probed nano-extraction (DAPNe) is a method of extracting material from a microscale region of a sample and provides the opportunity for detailed mass spectrometry analysis of extracted analytes from a small area. The technique has been shown to provide enhanced sensitivity compared with bulk analysis by selectively removing analytes from their matrix and has been applied for selective analysis of single cells and even single organelles. However, the quantitative capabilities of the technique are yet to be fully evaluated. In this study, various normalisation techniques were investigated in order to improve the quantitative capabilities of the technique. Two methods of internal standard incorporation were applied to test substrates, which were designed to replicate biological sample matrices. Additionally, normalisation to the extraction spot area and matrix compounds were investigated for suitability in situations when an internal standard is not available. The variability observed can be significantly reduced by using a sprayed internal standard, and in some cases, by normalising to the extracted area.
Romolo Francesco Saverio, Bailey Melanie J., De Jesus Janella, Manna Luigi, Donghi Matteo (2019) Unusual sources of Sn in GSR. An experimental study by SEM and IBA, Science & Justice 59 (2) pp. 181-189 Elsevier
DOI: 10.1016/j.scijus.2018.10.009

Gunshot Residue (GSR) produced by the discharge of a firearm often provides very useful information in criminal investigations in cases involving the use of firearms. Scanning Electron Microscopy equipped with an Energy Dispersive X-ray Spectrometer (SEM-EDS) is typically used worldwide to visualize micrometric particles constituting GSR and to analyse their elemental composition. The 2017 ASTM Standard guide for gunshot residue analysis by scanning electron microscopy/energy dispersive X-ray spectroscopy specifies that ?Particles classified as characteristic of GSR will have one of the following elemental compositions: Lead, antimony, barium; Lead, barium, calcium, silicon, tin?. For the first time, the presence of an additional element, such as Sn, plays a key role in ASTM particle classification. It is known that some ammunitions, used for pistols, revolvers and rifles, contain tin foil discs for sealing the primer mixture into the cup, resulting in GSR particles containing Sn. The authors faced some cases in which Sn was unexpectedly found in GSR particles from a 0.22 Long Rifle derringer and from some 12 gauge shotguns. No tin foil discs are used in rimfire ammunitions and there is no published evidence of tin foil discs in shotshell ammunitions. Following a ?case by case? approach, experimental research has been carried out to explain how Sn can be present in GSR particles when the last discharged cartridge also does not contain any Sn either in components and in the explosive charges.

Moreover, the use of Particle Induced X-ray Emission (PIXE) showed the capability to overcome overlap ambiguity of Sb and Sn peaks in the X-ray spectra, being a possible key issue in real shooting cases if Sn quantities are below the lower limit of SEM detection, especially when Sb is also present.

Lewis Holly-May, Webb Roger, Verbeck Guido F, Bunch Josephine, De Jesus Janella, Costa Catia, Palitsin Vladimir, Swales John G., Goodwin Richard J. A., Sears Patrick, Bailey Melanie Jane (2019) Nanoextraction coupled to liquid chromatography mass spectrometry delivers improved spatially resolved analysis, Analytical Chemistry American Chemical Society
DOI: 10.1021/acs.analchem.9b02821
Direct analyte probed nanoextraction (DAPNe) is a technique that allows extraction of drug and endogenous compounds from a discrete location on a tissue sample using a nano capillary filled with solvent. Samples can be extracted from a spot diameters as low as 6 µm. Studies previously undertaken by our group have shown that the technique can provide good precision (5%) for analysing drug molecules in 150 µm diameter areas of homogenised tissue, provided an internal standard is sprayed on to the tissue prior to analysis. However, without an isotopically labelled standard, the repeatability is poor, even after normalisation to and the spot area or matrix compounds. By application to tissue homogenates spiked with drug compounds, we can demonstrate that it is possible to significantly improve the repeatability of the technique by incorporating a liquid chromatography separation step. Liquid chromatography is a technique for separating compounds prior to mass spectrometry (LC-MS) which enables separation of isomeric compounds that cannot be discriminated using mass spectrometry alone, as well as reducing matrix interferences. Conventionally, LC-MS is carried out on bulk or homogenised samples, which means analysis is essentially an average of the sample and does not take into account discrete areas. This work opens a new opportunity for spatially resolved liquid chromatography mass spectrometry with precision better than 20%.