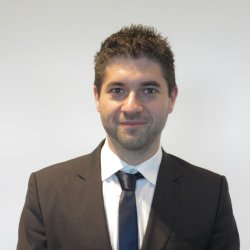 Methodology for Analysis of Structure-Borne Microvibrations
Goal: ESA Project aimed at developing a full methodology to deal with microvibration predictions ob board satellites. Two important aspects are tackled: the characterisation of the sources with a pragmatic procedure that allows integrating in the algorithm the full effect of the sources, including their dynamic coupling with the satellite structure; and the modelling of the transfer functions source-receivers with a technique named Craig-Bampton Stochastic Method which allows prediction of nominal response and variations due to structural uncertainties as accurate as Full Monte Carlo Simulations but at a fraction of the computational effort.
Satellite Virtual Vibration Testing
Goal: Develop a capability supporting a virtual shaker test: - satellite FEM - shaker model - controller Compare the results with current standard practice to quantify the mismatch in results. Assess the level of reliability by: - Virtual (FEM) means where the FEM validation is achieved by test means such as a modal survey - Multi-DOF transient tests using CLA based forcing functions as means of prescribing test inputs into multi-axial shakers

Vibration testing involves shaking the test article in each of the three standard directions (X, Y and Z) according to the provided testing specifications. These specifications are based of the single launch environment which is split into three for practical reasons, but which leads to overtesting.

One of the causes for equipment overtesting is that items are normally tested along its three orthogonal axes (i.e. X, Y and Z). However, the body axes of the equipment are not always in line with the structure it is attached to. Even if the body axes do align, the dynamics of the coupled system mean any vibration at the base of the larger structure is unlikely to be acting all on the same axis (or axes) at the interface between the satellite and equipment. Another key difference between the testing environment and launch environment is the direction of the vibrations. The launch vibration environment is a single 3D environment, while testing is usually comprised of three single axis vibrations tests.

This thesis presents two alternative testing methods that separately, or together, can create a test campaign which better matches the environment the piece of equipment would see during launch.

The first method, the Angle Optimisation Method, looks at testing the piece of equipment is mounted at an offset angle on to the shaker rather than the traditional three orthogonal mounting directions. The method optimises the testing angle for the piece of equipment such that testing responses are closer to those seen when the equipment is attached to the higher level assembly. This method focuses on covering the maximum Root Mean Square (RMS) values for each quantity (e.g. sum of interface forces, and acceleration at centre of mass) obtained from the coupled system tests - resulting in a test campaign of one to three separate tests, each with altered input directions. This results in RMS values much closer to the desired higher level testing values than the traditional testing.

The second method, the Dual Input Method, looks at adding a secondary smaller vibration source at a specific location on the test item. The method finds the best location to attach the second vibration source that produces a more representative testing of the piece of equipment when compared to the higher level testing. It also determines what the input should be at this specific point. This method looks at improving the correlation of the Operational Deflecting Shapes (ODS) of the equipment when tested in isolation and when attached to the higher level assembly. Response Vector Assurance Criterion (RVAC) is used for the correlation of the ODS.

Two case studies were undertaken to demonstrate the benefits of these methods. The first was a computational case study that both methods were applied to. In this case study the Angle Optimisation method was able to reduce the amount of over testing by up to 70% compared to the traditional testing method. While the Dual Input method was able to improve the correlation between the equipment and coupled system responses by nearly 50%.

Yotov Vladimir, Remedia Marcello, Aglietti Guglielmo, Richardson G. (2020) Improved Craig?Bampton stochastic method for spacecraft vibroacoustic analysis,Acta Astronautica Elsevier
DOI: 10.1016/j.actaastro.2020.07.011
This paper addresses the susceptibility of finite element models to uncertainty in frequency ranges with relatively high modal density, particularly in the con- text of vibroacoustic analysis. The principal idea is based on a stochastic fi- nite element method (FEM) technique called Craig-Bampton stochastic method (CBSM). It is a parametric Monte Carlo simulation (MCS) approach that can be performed at a fraction of the otherwise potentially impractical computational cost, due to the use of reduced rather than full system matrices. An enhanced formulation of the CBSM, significantly improving its efficiency by exploiting the block structure of the condensed model?s stiffness and mass matrices is derived. The improved method is adapted for use with distributed loads, such as diffuse sound field excitation. Its practical implementation is illustrated through a simple theoretical example followed by a high-complexity spacecraft structure case. In both cases solutions are compared to those of a classic MC simulation of the non-condensed models. Through an extensive parametric survey, recommendations are given on the ideal perturbation levels and underlying statistical distributions for the improved CBSM?s random variables. The proposed technique shows a very strong agreement with the benchmark MC results. Computational time reductions of over 1 and 3 orders of magnitude against the original CBSM and the MC simulation, respectively, are demonstrated.