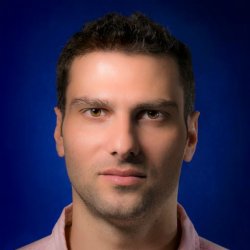 Department of Civil and Environmental Engineering, Faculty of Engineering and Physical Sciences.

Stergiopoulos Marios (2019) Modelling of the stiffening effects of boards on cold-formed steel wall panels.,
DOI: 10.15126/thesis.00852177
This research covers this gap by studying the failure mode of fixings in shear, when attached to different types of plasterboard with various properties. Also, the stiffening effect of the fixings is examined using different fixing diameters and the contribution of the head of the fixing is studied. The effect of composite action of light steel wall panels boarded with different types of plasterboard has also taken into account for out-of-plane loading simulating the wind pressure. A series of bending tests on 3.6 and 4.8m long walls using C sections to determine the composite action with boards was performed and was correlated with composite action theory.
Stergiopoulos Marios, Lawson R.Mark, Lopez Pauline (2019) Composite action of fixings to gypsum boards acting in shear based on material properties,Proceedings of the Institution of Civil Engineers - Construction Materialspp. 1-56 ICE Publishing
DOI: 10.1680/jcoma.19.00009
The composite behaviour of fixings acting in shear between gypsum board and thin steel sections depends on the effective properties of the board material in compression at the base of the fixing and the contribution of the head of the fixing as it rotates. An elastic method is presented to determine the stiffness of the fixings, which uses the effective elastic modulus of the gypsum board determined from a ?dowel? test in bearing based on the BS EN 383:2007 test. The deformation of the board in front of the fixing was determined by finite-element (FE) modelling as acting over a constant strain zone of approximately 1·5 times the fixing diameter. A plastic method is also presented to determine the shear resistance of fixings into gypsum board based on the compression resistance obtained from a dowel test on the BS EN 383:2007 test. The theory is compared with the results of FE models using Abaqus for 3·5 mm dia. fixings into 12·5 mm thick gypsum board and with tests on fixings in shear and dowel tests; the correlation is shown to be good. A small-scale push test is proposed to determine fixing properties in shear.