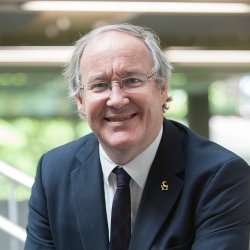 Michael joined Surrey in 2002 as the inaugural Director of the Advanced Technology Institute and was appointed Head of the School of Electronics and Physical Sciences in 2005. He became Dean of the newly formed Faculty of Engineering and Physical Sciences in 2007, served as Pro Vice-Chancellor for REF between 2011 and 2013, and was appointed Deputy Vice-Chancellor, Research and Innovation in 2013. Between May 2015 and May 2016 he served as Acting Vice-Chancellor before assuming his current position. Between 1995 and 2002 he was Professor of Electronic Device Engineering at Loughborough University, serving a three year period as Head of Department, and prior to that he worked for seven years for GEC-Marconi Ltd., Hirst Research Centre, managing the Long Range Research Laboratory between 1994 and 1995.

Michael has an MA and PhD in physics from Oxford and Warwick Universities respectively and is a Fellow of the Institute of Physics, the Institution of Engineering and Technology and the Institute of Mathematics and its Applications.

As Provost, Michael is responsible for the delivery of all aspects of the academic endeavor of the University and the translation of the strategic imperatives into viable operational plans executed through the Vice-Provosts and the Faculty Deans. This includes the development, articulation and promotion of academic strategy to ensure excellence in research and teaching, and the wider delivery of a rewarding student experience. 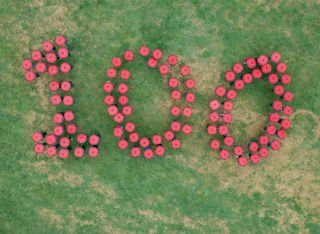 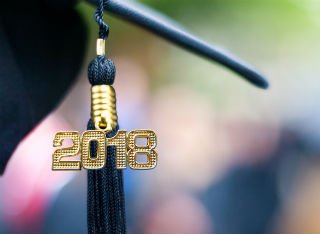 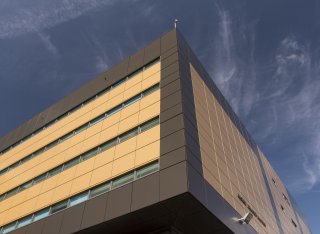 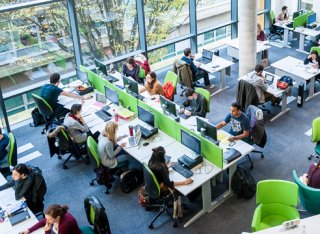 Michael's research interests are diverse, but may be broadly divided into two themes.

The first theme relates to semiconductor physics, including (i) the study of thermoelectric and quantum transport phenomena in low-dimensional structures; (ii) the design and development of microwave devices, both passive and active; (iii) the evaluation of advanced field effect transistor devices for CMOS technology; and (iv) the performance modelling of solar cell devices. The topics reflect the interplay between fundamental physics, electronic engineering and materials science.

The second theme relates to statistical physics, including (i) the study of lattice percolation models, with an emphasis on exact solutions; (ii) the theory of Brownian motion and diffusion, especially first-passage functionals; and (iii) the analysis of less standard (in a physics context) stochastic processes, including queuing and urn models. Early drivers for this work came from analysing noise and randomness in signal processing, together with an interest in chaotic dynamical systems and critical phenomena.