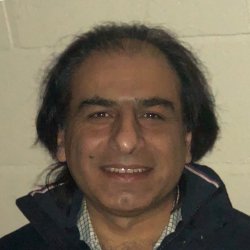 In this work we investigate the potential use as a thermal neutron detector of cerium-doped gadolinium aluminium gallium garnet (GAGG:Ce) coupled to a silicon photomultiplier (SiPM). The response to thermal neutrons has been measured, with two strong low energy neutron-indicative peaks clearly identifiable below 100 keV and additional ³ peaks at higher energies. The neutron-related peaks are produced by a combination of contributions from excited states of the two isotopes 156Gd and 158Gd which can be clearly resolved in our GAGG scintillation detector. In particular, two peaks due to neutron-induced ³-ray emission are observed at approximately 82 keV and 260 keV, with best achieved energy resolutions of 24.1 ± 0.2% and 22.7 ± 0.7% respectively. Three different scintillator volumes (0.1 cm3, 0.4 cm3, and 1 cm3) were investigated and the respective results for each configuration will be presented.

Our findings show that a GAGG-SiPM based detector can be used as a compact, efficient thermal neutron detector in a low ³-ray contamination environment.