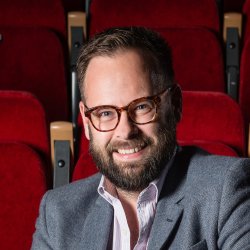 I am interested in why we (still) make theatre and performance: what is it for, what does it do culturally, politically, socially, aesthetically? Within this overarching frame, my research interests lie in critical approaches to contemporary performance and the relationship between performance and the wider socio-cultural and political contexts in which it is made. My work is engaged with poststructuralist and political philosophy, is interdisciplinary in nature and particularly focused on questions of spectatorship, witnessing, trauma and ethics and is concerned to explore the socio-political efficacy of theatre, performance and other cultural practices.

As well as numerous journal articles and book chapters, my publications include a special issue of the international journal Performance Research, entitled On Trauma (2011), a monograph investigating the relationship between contemporary performance and trauma - Trauma-Tragedy: Symptoms of Contemporary Performance (Manchester UP 2012), and an edited volume on the history and politics of small-scale British theatre - Reverberations Across Small-Scale British Theatre: Politics, Aesthetics and Forms (Intellect 2013). I have recently published a co-edited collection entitled Performing (for) Survival: Theatre, Crisis and Extremity (Palgrave 2016); the book examines performance practices that emerged in and during moments of conflict, crisis and extremity (rather than applied practices or on post fact representations).

The major research projects I am currently working on are:

This project is interdisciplinary both in its theoretical framework and its methods. It draws on theatre and performance theories of performativity, acting, and theatricality as well as on models of populism and political representation developed in political theory. Following the conceptual argument for the position of performance at the heart of representative democracy, the empirical implications of this argument are explored through a corpus of in-depth interviews with U.S. speechwriters spanning presidential administrations and campaigns from Ronald Reagan to Barack Obama. Drawing on the perspectives of those involved in crafting presidential performances, the empirical chapters investigate the significance of performance and theatricality to the institution of the U.S. presidency and the imperative to navigate and mobilise the distrust of political audiences. While positing that distrust inheres within a political system whose core is performance-based, the project thus moves towards an inquiry of what is at stake as this distrust increasingly becomes an explicit focal point around which the theatre of politics revolves.