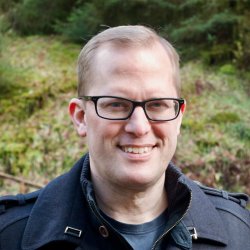 In my research and teaching, I investigate ways in which artists make sense of a place, and of their situation within that place. In so doing, I consider the practices by which artists point to new understandings of the arts and the ways they reconceive of place in the present. I focus, primarily, on contemporary performance and installation art, but I am also interested in the ways in which theories and practices of performance can contribute to discussions on, and experiences of, architecture and environment.

Through this work, I am particularly concerned with the ways in which artists attend to changing practices and experiences of place, and to challenges to a place, particularly environmental change and economic conditions. Through this work, I contribute to emerging debates in performance, particularly on mobility in everyday life, experiences of architecture, and practices of site-specific performance. Beyond performance, I consider how ideas and practices of art and performance can contribute productively to allied fields, specifically architecture, cultural geography, material culture and psychology.

Performing City Resilience
Performing City Resilience is a collaborative project by Patrick Duggan and Stuart Andrews. The project investigates how performance can contribute to – and reconfigure – ideas and practices of city ‘resilience’. Our pilot project involves a field trip to New Orleans in 2018, in which we will meet with arts practitioners to reflect on local understandings and practices of resilience.

Andrews S, Lawrence K, Hughes H (2009) Particles in Space,
Particles in Space is a model of tourist performance for revealing ideas in a scientific laboratory, in which technology can appear more dominant than the practices and ideas being applied. As scientists examine the back-scattering of particles fromthe use of an ion beam, this performance intervention creates a similar back-scattering of multiple, fragmentary and divergent artistic practices, to be considered by participants. The tourist performance walk engages in scattered practices, which are themselves responses to laboratory practices. The research reframes the movement of tourist practice, using performance to reveal ideas, practices and effects of intervention.
Andrews S (2016) Placemaking demystified, International Arts Manager 12 (2) pp. 12-13
Spence J, Frohlich D, Andrews S (2013) Performative experience design: where autobiographical performance and human-computer interaction meet, Digital Creativity
DOI: 10.1080/14626268.2013.808964
This contribution identifies theories and practices specific to performance art for the purpose of describing a potentially fruitful area of exchange between non-representational performance and human-computer interaction (HCI). We identify three strands of current HCI research that are already working in this area of overlap, which we have termed 'performative experience design'. We then single out one of these strands, digitally augmented autobiographical performance, for further examination. Digitally augmented autobiographical performance draws on both autobiographical performance, which we see as rooted in performance and performance art, and media sharing, a field of research within HCI. Drawing on our experiences of designing a digital system for autobiographical performance, we offer a series of proposals for HCI research and applications of performative experience design. © 2013 Copyright Taylor and Francis Group, LLC.
Andrews Stuart (2013) Surge, Sway and Yaw: Performative moorings in The Boat Project and A Room for London, FIRT/IFTR International Federation for Theatre Research. Annual Conference 2013
As part of the London 2012 Cultural Olympiad, two quite separate arts projects were created that each included events on and around a boat. In 'The Boat Project', Lone Twin created Collective Spirit, a ?day sailor? yacht, which sailed the South East coast of England on its maiden voyage, stopping for performances at harbours and marinas en route. In 'A Room for London', a model of Joseph Conrad?s riverboat Roi des Belges was perched on the roof of the Queen Elizabeth Hall in London and provided ?London?s most intimate venue?, a pop-up hotel and a space for creative development. The boats provided foci for performances that ranged from momentary ?here today, gone tomorrow? sightings from afar to public viewings and events, a day?s sailing or a night on board and longer experiences of supporting or crewing the projects. Between them, the boats were (and this is far from an exhaustive list) seen, touched, sailed, storied, sung, roamed, lived, loved and imagined in ways that were resolutely open. In this paper, I consider the ways in which these performances and the boats themselves were temporarily moored to place. While Collective Spirit made planned stops along a clear route, the recreated Roi des Belges had been cast off course and grounded for a time. To begin to understand performance at temporary stops on and off a route, I develop a theory of performative mooring, to contribute to existing work on mobilities in performance. The paper identifies key features of this theory and applies these to the two projects. In so doing, it discovers languages of the sea that help reconsider site-specific performance.
Spence Jocelyn, Andrews Stuart, Frohlich David (2017) Collect Yourselves!: Risk, Intimacy, and Dissonance in Intermedial Performance, In: O'Grady Alice (eds.), Risk, Participation, and Performance Practice: Critical Vulnerabilities in a Precarious World pp. 153-175 Palgrave Macmillan
DOI: 10.1007/978-3-319-63242-1_7
Collect Yourselves! is a technologically mediated system that opens up the transformational possibilities of performance to small groups of non-professionals sharing their own digital photos and the stories behind them. Remarkably, their performances achieve moments of emotional and aesthetic power, but these require the performers to take risks, make themselves vulnerable, and establish connections with their audiences. We discuss the framework and methodology of our interdisciplinary approach to designing these performances (Performative Experience Design), then contextualise our discussion within recent work on the subjective experience of risk in the performance literature, from both the performer?s point of view and the audience?s. Our experiences with Collect Yourselves! argue for risk as a necessary component for rewarding and potentially transformational experiences of intermedial autobiographical performance.
Andrews S (2017) The Possibilities of Loneliness in a Changing World: Performing Place in 'Withdrawn', In: Sagan O, Miller E (eds.), Narratives of Loneliness: Multidisciplinary Perspectives of the 21st Century Routledge
Andrews Stuart, Duggan Patrick (2019) Situation Rooms: Performing City Resilience in New Orleans, Liminalities: a journal of performance studies