We have active experimental and modelling research in colloids and nanoparticles, which we use as the basic 'building blocks' for larger structures with tailored and novel properties.

Colloidal and nanoparticle structures are fascinating to study and observe. We design and characterise colloids and nanomaterials for a wide range of applications, such as:

Our Group has more than two decades of experience in studying the multi-step film formation process by which colloidal polymer particles in water create a dry cohesive film. We also use inorganic nanoparticles, such as gold, cerium dioxide, graphene, 2D materials, and nanodiamond, in the fabrication of functional nanocomposites and in soap-free emulsions.

Our laboratory is very well-equipped to study colloids and nanoparticles. We regularly use atomic force microscopy to visualise nanostructures, spectroscopic ellipsometry to measure optical properties and interfacial adsorption, NMR depth profiling to follow water distributions during drying, and both Raman spectroscopy and ion beam analysis to map chemical compositions.

With our research, we answer questions about colloidal assembly, coalescence, and phase inversions. We aim to link these processes to observable properties and relate them to final applications.

The process by which discrete particles diffusing in a liquid (typically water) transform into a solid layer starts with the water evaporating and bringing the particles closer together. We have recently shown how concentration gradients in a drying colloid layer can cause mixtures of particles to separate out into layers  – using both experiments and computer simulations. This new discovery paves the way to design surfaces with targeted properties.

This research activity is led by Professor Joe Keddie, with modelling work by Dr Richard Sear, and nanomaterial expertise input from Dr Izabela Jurewicz. Our work is interdisciplinary, and we frequently collaborate with chemists, biologists, engineers, and industrialists.

Our research is held in high esteem by industry, as is indicated by the amount of external funding we receive. In recent years, we have had PhD/EngD students and researchers supported by:

We have a broad network of academic and industrial collaborators from participation in several EU consortia.

Here are a pair of computer simulation snapshots, of a simulation study that shows the drying of what is initially liquid film that contains large red and small gold particles (solvent is not shown). 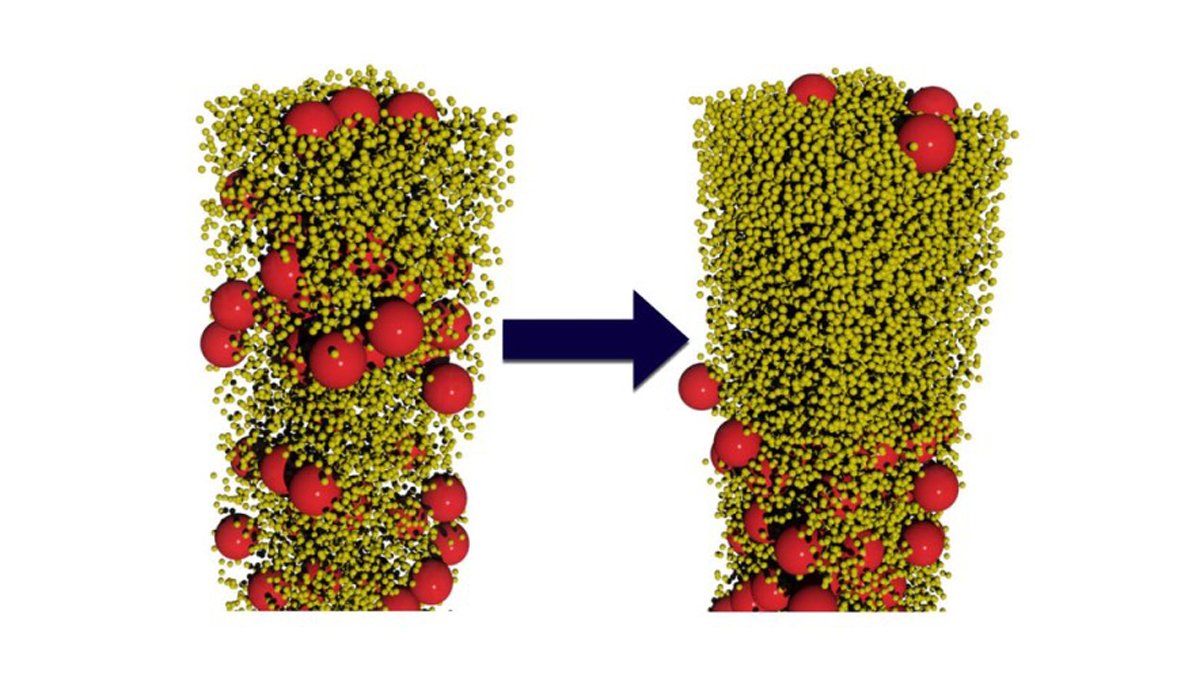 An example of colloidal film structure

The nanostructure of a colloidal film surface, as imaged using our Group's atomic force microscope (AFM), is shown here. The random packing of colloidal particles with two different sizes can be seen. The image size is 5 μm × 5 μm. 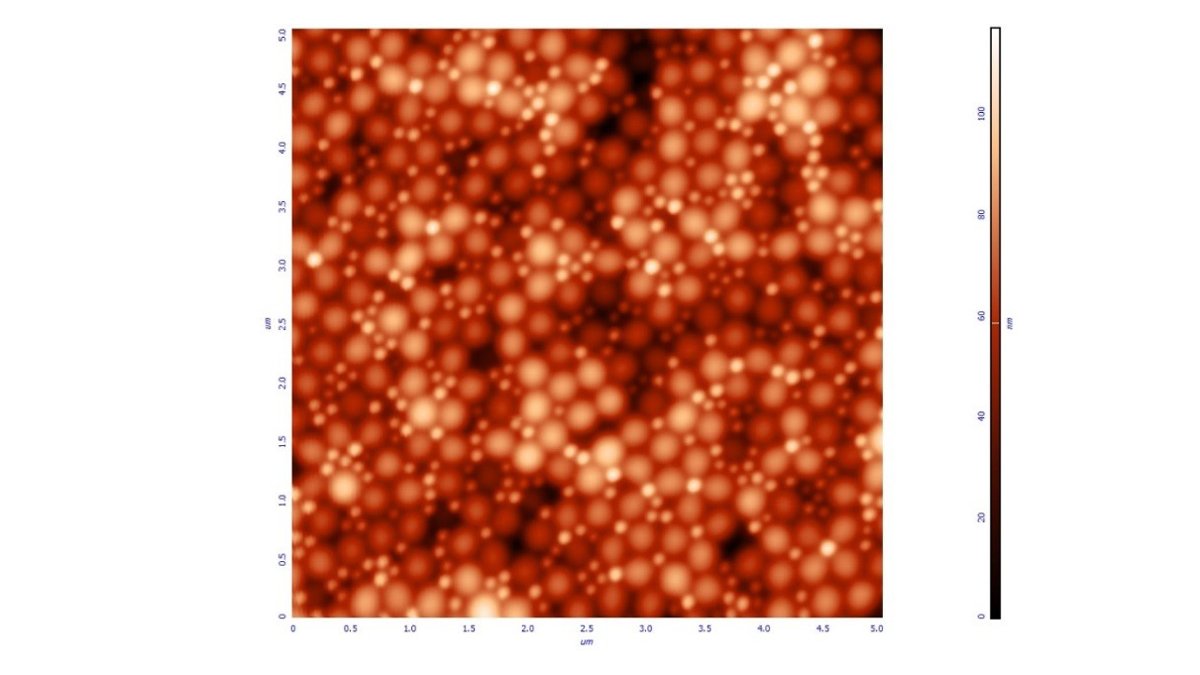 If you are interested in getting involved with our research then we'd love to hear from you.

If you would like to discuss the research we are involved in, or have any questions then please email Professor Joseph Keddie.

Interested in doing a PhD involving our research? Take a look at the PhD opportunities available to you.

The Department of Physics has numerous groups who are involved in all varieties of physics research that you could get involved with. Take a look below.