Drones could soon be saving lives in disaster relief projects thanks to the new Distributed Autonomous and Resilient Emergency Management System (DARE) project launched by the University of Surrey and its partners. 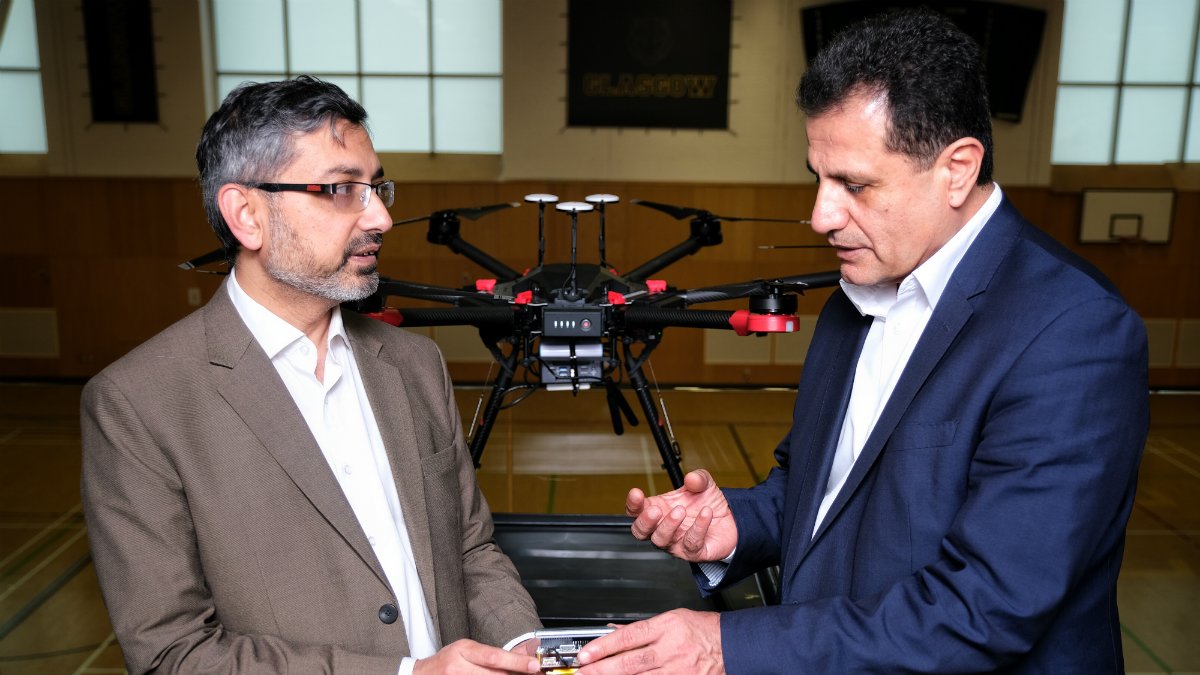 Over the last three years the DARE research team has developed a system of portable, battery-powered communications nodes that use ultra-fast 5G networking to communicate with airborne drones to deliver wireless internet access to users on the ground. Once set up, the system runs autonomously, self-organising to deal with potential network and coverage problems and deliver reliable, high-speed internet access.

Ultimately, the researchers hope the technology will be available to first responders on the scene of terrorist attacks or natural disasters like earthquakes or tsunamis.

Communications towers are frequently damaged during large-scale emergencies, making it much more difficult for first aid teams, police and fire services to stay in touch with their bases and each other.

The new technology could also be used to ensure access to communications in less critical circumstances, like large-scale concerts, where traditional networks often struggle to cope with providing service to every attendee.

DARE is led by principal investigator Regius Professor Rahim Tafazolli from the University of Surrey in collaboration with the Universities of Glasgow, Kingston and Malaya. Work on the project began in May 2017 with £1.2m in support from the Engineering and Physical Sciences Research Council’s Global Research Challenge Fund.

On Thursday 12 March the team demonstrated five network nodes around 200 metres apart that delivered a continuous 5G network signal to users via the drone, to an audience including representatives from each of the partner universities including the Founding Director of the University of Surrey’s 5G Innovation Centre Regius Professor Tafazolli.

Regius Professor Tafazolli said: “This demonstration of the incredible capability of drones to aid disaster relief is another example of the immense benefit of 5G-enabled technologies. We are proud to have led this collaborative project at the University of Surrey; it is testament to the 5G Innovation Centre’s wide-reaching influence on the continuing development of exciting technologies.”

Professor Muhammad Imran, Head of the Communications, Sensing and Imaging research group at the University of Glasgow’s James Watt School of Engineering and one of the founding partners of the Scotland 5G Centre said: “We’re proud to have now developed the system that our partnership set out to build three years ago, and we’re delighted that this demonstration was such a success.

“The University of Glasgow’s 5G testbed system provides the robust infrastructure that pushes the boundaries of this transformative technology. The DARE project will also feed into the Scotland 5G Centre’s wave 1 projects for 5G use cases.”

Professor Christos Politis, Director of the Digital Information Research Centre in the School of Computer Science and Mathematics at Kingston University said: “I am extremely proud to have reached this milestone and seen my brainchild grow from an idea to a fully-fledged communication system, thanks to the dedication of our team at Kingston University and collaborative work with our partners.”