PhD student, Sapphire Lally, discusses her thoughts on race, colonialism and equality in science, technology, engineering and mathematics (STEM) within higher education, drawing on her experiences and sharing her ideas on how academia can be an inclusive, anti-racist place. 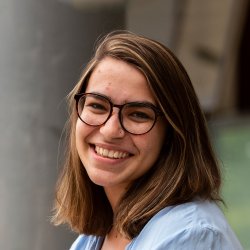 The growing momentum associated with the Black Lives Matter campaign is driving an ongoing movement: a time for everyone to step up and consider the ways their own lives are shaped by racism and colonialism. In academia, we can’t escape these characteristics, especially in the field of physics, where the ‘leaky pipeline’ effect is particularly dramatic and Black people are drastically underrepresented at every level.

I’m Sapphire Lally and I’m a second-year quantum biology PhD student, working alongside one of Surrey’s award-winning physics professors, Jim Al-Khalili. From a young age, I was inspired by the work of Srinivasa Ramanujan, an Indian man who grew up in poverty with no formal schooling but ended up having a profound contribution to the field of mathematics. His ideas proved the work of renowned British scientists and he came up with solutions to previously unsolvable problems.

With my love of space and maths, it only seemed natural to go into a field that would combine the two. As a PhD student, I’m researching the role quantum effects (very small interactions of an atomic or sub-atomic level) have on biological systems, like how energy is converted in plants via the photosynthesis process. By studying biological systems like this, we can create better technologies for sustainable energy, more effective therapies for illnesses, and so much more!

"As an individual with Pakistani heritage on one side of my family, I often consider if I'm welcome in BAME spaces, as people regularly assume I’m White."

I recently heard about ‘Particles for Justice’, an initiative set up by a group of physicists, including Brian Nord and Chanda Prescod-Weinstein, encouraging academics to step back and Strike for Black Lives on 10 June 2020. This was a day for people to get together and recognise the ways in which racism can be evident in science, especially in my own field.

I was keen to get involved, so I set up a day of reading and discussion with my research group from the Leverhulme Quantum Biology Doctoral Training Centre, using resources shared by Particles for Justice as a starting point.

We discussed a variety of topics, including the history of racism in medical ethics, all of them deeply sobering and eye-opening. One of the most profound examples is that of Henrietta Lacks, a Black woman with cancer, whose cells were taken without consent in 1951. These cells can survive outside of the body for long periods of time, making them incredibly valuable for research purposes. They were then used to develop the HeLa ‘immortal’ cell line, found in most labs across the world.

Another example is the 1932 Tuskegee study, where a group of Black men were led to believe they were receiving treatment for syphilis, when in fact they were given placebos and the real nature of the study was to observe the long-term effects of the disease. Looking back to the 1840s, the ‘father of modern gynaecology’, J. Marion Sims, experimented on enslaved Black women who’d not been given anaesthetic, to develop ground-breaking procedures we still use today.

"We discussed the history of racism in medical ethics. One of the most profound examples is that of Henrietta Lacks, a Black woman with cancer, whose cells were taken without consent in 1951."

Knowing the history of this subject is sickening to me, but necessary. So, what now? What about the present day? Black men and women are still under-represented in medical trials (Clark et al. 2019) and commonly report that their medical complaints are not taken seriously (Hoffman et al. 2016), and that’s just scratching the surface.

I wanted to know how my research group has been affected by racism and many shared their personal experiences of this in science, technology, engineering and mathematics (STEM) fields. Hearing them talk made me question why today, somebody’s progress could potentially be impeded because of the colour of their skin.

Delving deeper into our literature, we went on to explore:

From one day alone, it’s difficult to give individual and informed answers on these, but I believe that people who have racist values may be fearful of globalisation and multi-culturalism, and the effect this changing landscape can have on their economic security. Change brings uncertainty and loss of control, which can be perceived negatively and applied to what these individuals believe is the cause.

Looking at our colonial past, there are so many aspects of the present that are impacted by this. For example, my research project is funded by the Leverhulme Trust, founded by William Hesketh Lever, who obtained a lot of his wealth by importing palm oil from the Belgian Congo. The plantations he established used forced labour and exposed ‘workers’ to squalid conditions, which accounted for millions of deaths. While the Trust is now committed to anti-racism and funds project that explore the impact of colonialism and racism, I still have some conflict with their history. I know doing a PhD is a privilege but at what cost does this knowledge come?

At an institutional level, BAME students are still being disadvantaged based on their backgrounds, with a recent Office for Students report (Stevenson, J. 2019) stating: ‘Within UK higher education (HE) the gaps in racial inequality in relation to success in, and progression from, HE remain persistent and extensive. For many of those from Black, Asian and Minority Ethnic (BAME) backgrounds, opportunities to attain equitable outcomes remain restricted.’

How is this still happening today?

Although my reading group has started a conversation on racism in STEM, I don’t feel this is enough. I believe we should all start thinking about anti-racism activities as an important and natural part of being in academia, just like we have journal clubs and seminars.

I wanted to do more, so I reached out to Surrey’s Researcher Development Programme, a group that provides training, mentoring and support for postgraduate research students and early career researchers, to set up a permanent ‘Anti-Racism Reading Group’. Each month, we get together to discuss race, colonialism, and equality, exploring topics like anti-Blackness, to the construction of racial identity, something which is close to my own heart. As an individual with Pakistani heritage on one side of my family, I often consider if I'm welcome in BAME spaces, as people regularly assume I’m White.

"My research project is funded by the Leverhulme Trust, founded by William Hesketh Lever. The plantations he established used forced labour and exposed ‘workers’ to squalid conditions, which accounted for millions of deaths."

From October, I’m also planning to run a series of workshops, inviting speakers from a range of backgrounds to talk about how we can tackle racism in academia. Topics I want to address include:

With the support of Surrey’s Doctoral College, I’m looking to make this a permanent series moving forward.

What’s encouraging is that I’m not the only person doing this - there are some amazing students and staff supporting initiatives across the University. There are anti-racism groups for staff and students, a BAME staff network, BAME student forums and the equality and diversity committee, to name but a few.

All of these are keeping the conversation at the forefront and are vital for us to collectively make race equality a part of our everyday lives, and not just something we think about when it’s in the news.

In the words of Black American political activist, Angela Davis: “In a racist society, it is not enough to be non-racist. We must be anti-racist.”