The Department of Music and Media is delighted to announce that Professor Stephen Goss has been nominated for an Ivor Novello Award. 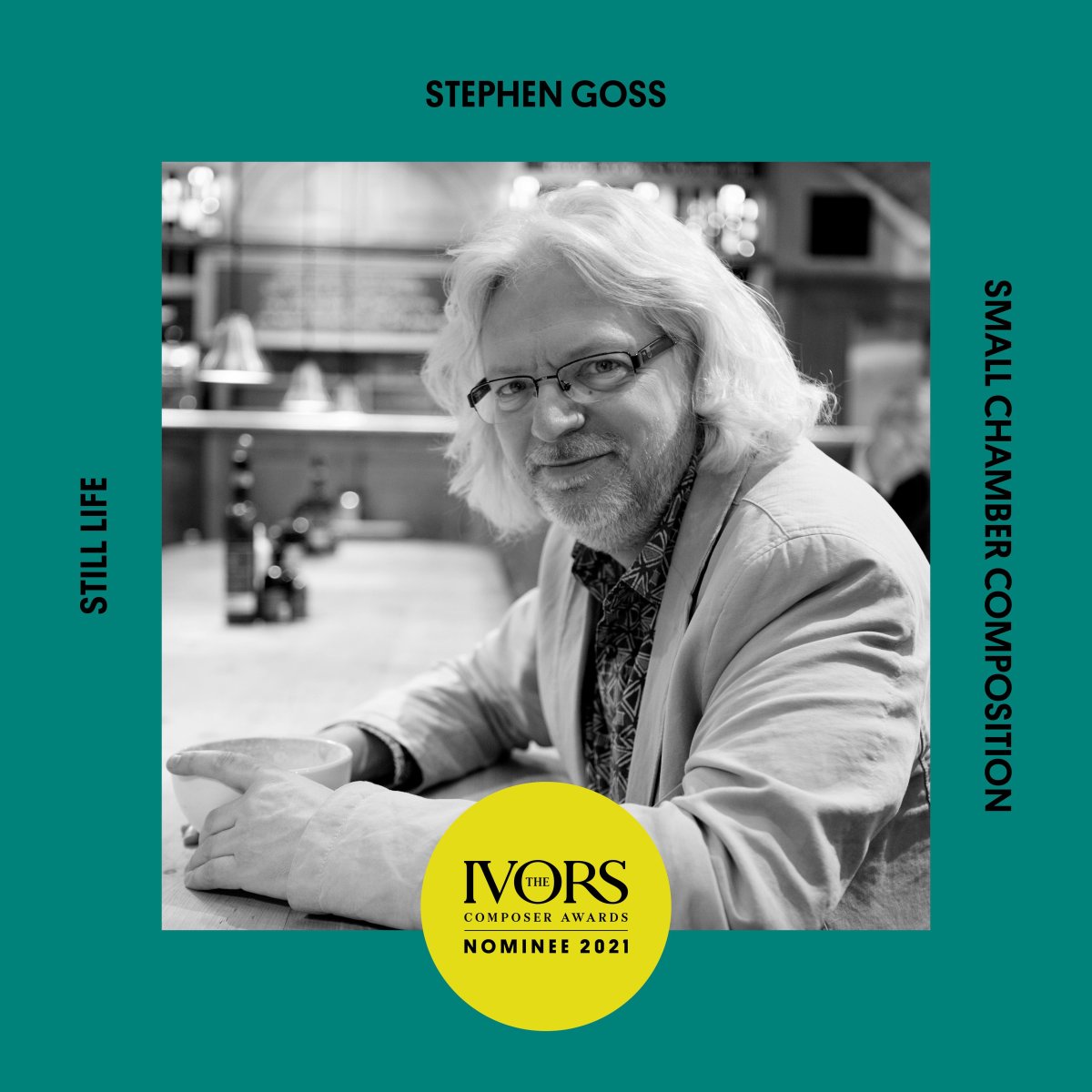 His piece, entitled Still Life, has been nominated in the chamber music category. The piece is a celebration of the life and work of the abstract expressionist artist Clyfford Still (1904-1980). Four of the movements are musical meditations on Still's paintings – interspersed with three movements that explore Still's passion for jazz, Beethoven, and Williams Blake.

Regarding his composition, Professor Goss comments: “The paintings that give their names to movements one, three, five, and seven, exemplify four tropes in Still's work – black paintings, blue paintings, paintings that use a lot of space and emptiness, and paintings that use areas of highly contrasting bright colours. Consequently, there is a gradual progression from dark to light in Still Life, suggesting a journey from the depths of despair to transcendence.

“It was very special that the premiere of Still Life took place at the Clyfford Still Museum in Denver. The original art that had been the impetus for the piece was hanging on the walls where the music first came to life.”

Professor Goss's music receives hundreds of performances worldwide each year. His music has been recorded on over 90 CDs by more than a dozen record labels, including EMI, Decca, Telarc, Virgin Classics, Naxos, and Deutsche Grammophon. His output embraces multiple genres: orchestral and choral works, chamber music, and solo pieces.

Regarding the nomination, Professor Goss says: “I feel honoured, surprised, and humbled that my composition Still Life has been nominated for an Ivor Novello Award. I am particularly excited to be nominated alongside some of the musicians who have influenced and shaped my music over the years (Thomas Adès, Tansy Davies, James Dillon, and James MacMillan).”

The award ceremony takes place at the British Museum on Wednesday 8 December and is broadcast live on BBC Radio 3.

Follow these social accounts and the below hashtag for more information:

Discover our courses on offer within the Department of Music and Media.