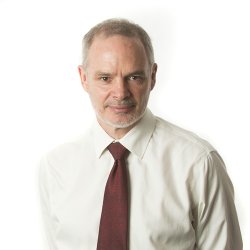 I am a Professor here at the University of Surrey.

Furthermore, the relatively poor mechanical performance of unidirectional MMCs subjected to
transverse loads has largely precluded their use in structures which experience complex loading
(with the notable exception of bladed compressor discs in gas turbines). Recently, TISICS has been involved in projects with two major aerospace companies to investigate the use of titanium and aluminium matrix composites. In both projects it was necessary to examine the properties of less conventional cross-ply composites and the work undertaken by the author in conjunction with these projects forms the basis of this EngD thesis.

A range of MMC layups were tested in tension, compression and shear and detailed microscopy was
undertaken to investigate the failure processes. A simple rule-of-mixtures approach was found to
show good agreement with the unidirectional tensile test results. Subsequently, a more complex
approach taking ?weighted? averages for biaxial and multiaxial laminates at a ply level was developed
and this enabled full tensile response of the composites to be modelled, albeit with some limitations
in low strain response.

Both aluminium and titanium pressure vessels were manufactured and tested; the mechanical data
from pressurisation was compared to simple analytical modelling and macroscale FEA.
Metallographic samples studied from the failed vessels showed deficiencies in manufacture and a
rudimentary form of acoustic emission showed that damage was incurred at relatively low strains,
but did not propagate to failure during the proof test cycles. This suggests that with adequate
provisions, the development of damage within a cross-ply layup does not need to rule out its use in a
non-critical tank application.