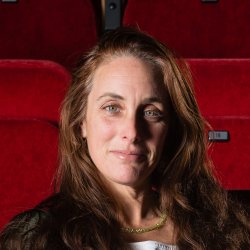 Dr. Hannah McClure received her PhD in Practice-Based Research and Dance at The University of East London where she taught anatomy and nutrition for dancers and stage directing from 2010-2015. Her MA in Dance Anthropology was awarded at Roehampton University in 2009. Her BFA in Choreography and Performance was awarded at SUNY Brockport where she produced her first evening of work Seed Spinning, funded by the city of Rochester with exerpts performed at The Bridge for Dance and Dancespace, NY. She previously taught movement for actors and production modules at Southampton Solent University 2015 and workshops in Butoh and intercultural approaches to knowing at The Judith E. Wilson Drama Studio in Cambridge 2011-2012. Prior to her work in academia Dr. McClure produced 10 seasons of performance with The Prisms Project 2012-14 and Open Air Dance 2002-2011, a company she co-founded with artist Rebecca Drake. Current practice-research stems from her doctoral work on the Mevlevi whirling tradition, contemporary arts practices, and the intersections of these in bodies, spaces and hearts.

The Centre for Performance Philosophy

The International Federation for Theatre Research

Sep 2016, conference paper, Circles in the Sand: the semazen-artist as crucible, Lines in Sand: Bordders, Conflicts and Transitions, The International Society for Religion, Literature and Culture, Glasgow, UK.

Sep 2010, conference paper, The Mevlevi Dervish as Bridge, Attending to the Other: Critical Theory and Spiritual Practice, The International Society for Religion, Literature and Culture, Oxford, UK.

McClure, Hannah (2017) 'Transmodernity and the Heart: the unique position of the semazen-artist' in Sufism and Arts Practice: Global Journeys of Sufi Whirling [Special Issue], Dance, Movement and Spiritualities, 3(3), [status: forthcoming]