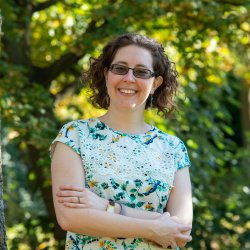 I joined the University of Surrey team in 2018, and before that taught at a variety of universities and schools including University of Sussex, Brighton Museum, The Open University, Central Sussex College, and Royal Holloway, University of London where I completed my doctoral research on the polyphonic poetry sequence. I have been an Associate Fellow of the Higher Education Academy since 2014.

Currently I am Programme Leader for the English Literature and Creative Writing BA (Hons) and module leader for a variety of undergraduate and postgraduate modules. My ongoing writing and research projects including two writing residencies at the Hambidge Center for Arts and Sciences in the mountains of northern Georgia, USA, where I was a solo Writer-in-Residence in Spring 2018 and a collaborative Resident in Summer 2019 with the ceramicist Martha Cook. I am a founding member of the Multi-Narrative International Research Association (based at University of Kiel, Germany), and the British and Irish Association for Narrative Studies. I regularly present my work at conferences including the International Conference on Narrative: Pamplona, Spain (2019), McGill University, Montreal (2018) and University of Kentucky (2017), the Inaugural UK Narrative Studies Symposium, University of York (2019), Corroding the Now: Poetry + Science / Science Fiction (2019), The Place for Poetry Conference, Goldsmiths University (2015), and Oxford English Faculty’s Graduate Conference (2014).

In 2008 I was co-founder of the Sussex cooperative of writers, Needlewriters, organising local live literature events, and where I remained a board member through 2015, and became an editor of the anthology, The Needlewriters Companion (2015).

I was the Festival Director of the Surrey New Writers Festival in Guildford from 2018-2021. I write poetry reviews for Frogmore Press and blog regularly about life as a writer, the process of creative writing, and literature at: whenyoureadtome.blogspot.co.uk

I have a double focus to my research: firstly, on poetry sequences, in particular poly-vocal and polyphonic sequences from Robert Browning to present, with a special author focus on three contemporary poets: Gabrielle Calvocoressi, Amanda Dalton, and Jackie Kay. This topic, along with the jointly narrative and lyric progression of such sequences formed the body of my doctoral research, a thesis titled (with homage to Mikhail Bakhtin), On the Threshold: the Polyphonic Poetry Sequence. I am now reworking this thesis into a monograph. The second focus is on multi-narratives (esp poetry and hybrid forms) such as Cathy Park Hong's Dance Dance Revolution.

Other active research areas include:

At the 2017 conference of the International Society for the Study of Narrative in Lexington Kentucky, André Schwarck, Liz Bahs, and Corinne Bancroft met over a book called The History of Love (Nicole Krauss). They discovered that they share an enthusiasm for literature that juxtaposes distinct narrative strands.  For several years, André Schwarck has organized a research group at the Christian-Albrechts-University, Kiel that investigates the abundance of artifacts in contemporary media that consist of multiple and seemingly disjointed narratives. Meanwhile, in the U.K., Liz Bahs wrote her own poetry as she studied the polyphonic and polyvoiced nature of contemporary poetry sequences.  At the same time and across the ocean, Corinne Bancroft traced the outlines of a novel genre  called the braided narrative, where authors twine together distinct, often conflicting narrative threads. Since Lexington, these scholars have continued to collaborate to research the delightful, troubling, and mysterious aspects of the multi-narrative.

I am currently open to receiving proposals from PhD applicants in the following areas of literature and creative writing:

Liz Bahs (2020). Stay Bones
View abstract View full publication
Liz Bahs’s debut collection of poetry straddles continents and generations – from a childhood in America to an adult life in the UK, from long-dead relatives to loved ones today. A family history is brought alive in a photographic sequence: “Through green shagpile fields, she gallops on / tiptoe” (Chicken Pox Nude), while in University of Florida: Jennings Hall we meet Lisa: ‘in the hallway, between the toilets / and the fire escape, skinny Lisa roller-skated / in her un- derwear, Budweiser in hand”. We also encounter Tony “in silver stilettos, tunes his voice higher”, a sex worker called Victoria, and the pilot of Flight 1549 who landed his plane on the Hudson river. A poignant medley of insights and char- acters, delivered with wit and grace, this collection lingers after the final page.
Liz Bahs (2018). Greyhound Night Service
View abstract
A pamphlet of poetry and haibun. Maquette Press, 2018
Liz Bahs (2021). ‘More Than the Sum of Its Parts: Multi-Narrativity and Polyphony in Jackie Kay’s Poetry Sequence “The Adoption Papers”’
View abstract
Forthcoming article in a special Multi-Narrative issue of the journal LWU (). Christian-Albrecht University of Kiel.
English Literature in Science and Teaching