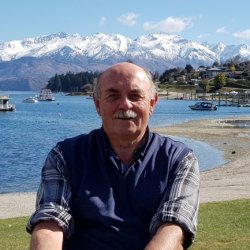 Professor Neil I. Ward is an Emeritus Professor of Analytical Chemistry (since August 2019) with an interest in atomic spectroscopy (especially ICP-MS) for the total and speciation analysis of trace elements in a wide range of human, animal, food and environmental samples. He also has a main interest in work-based learning, especially UG placements in the chemical industry or research facilities, leading to enhanced personal and professional skill development.

Professor Ward is a Fellow of the Royal Society of Chemistry.

This was awarded in recognition of Prof Ward's significant contribution to the chemical sciences, most notably to the field of analytical and environmental chemistry. : It was announced by St James's Palace that the University of Surrey was awarded a Queen's Anniversary Prize for Higher and Further Education in the Diamond Jubilee round for 2010-12. Prof Neil Ward from Chemistry is part of the team of researchers.

The award recognises in particular the University's 'in depth research expertise for improving access to safe drinking water and sanitation worldwide'. Representatives of the University will receive the award at Buckingham Palace on 24th February 2012.

The Vice-Chancellor commented: “The Queen's Anniversary Prize is the most prestigious honour open to a UK university. We're delighted to have won the prize again. It acknowledges that Surrey's research in crucial fields such as safe water and sanitation is second to none.”

His research interests centre on instrumental method development and quality control validation for analysing a wide range of sample types for total multi-element and metal speciation, cations/anions using inductively coupled plasma-mass spectrometry (ICP-MS), inductively coupled plasma-atomic emission spectroscopy (ICP-AES), neutron activation analysis (INAA) and hyphenated techniques (IC- or HPLC-ICP-MS). He is interested in elemental speciation: (1) using field-based solid phase extraction (SPE) devices and methods of elemental removal (especially As, Sb, V and U) from ground and surface waters; and (2) biomedical applications relating to health diagnosis and treatment, e.g. Se and Zn in blood serum and infertility cases.He has studied the involvement of trace and ultra-trace elements in human fluids and tissues for more than 35 years in relation to many human disorders, especially pre-conceptual problems, birth defects, infertility, hyperactivity and anti-social behaviour in children, and numerous metabolic and neurological diseases.The ICP-MS Facility he oversees (since 1990) has been involved in many international environmental incidents, including Chernobyl, Camelford, the Gloucester chemical fire (2000), the London Orbital (M25) motorway and the Newbury (A34) bypass. One of his main research areas has been the study of heavy metal pollution from motorways in many countries around the world since 1973; especially the long term effects of Pb, Cd, Cu, Zn, Pt in storm water drainage facilities and motorway corridor surface soils and plants. In recent years, the group has evaluated the chemical characterisation and dispersion of elements relating to volcanic eruptions in Chile and Argentina. His recently has evaluated the uptake and accumulation of U, Ge, As and other elements by plants with a view to establishing ideas that will lead to the biogeochemical evaluation of these elements in samples from various South American countries and New Zealand. He is also involved in a collaboration with Alto Americas in Buenos Aires, Argentina looking at the use of remote sensing to find uranium and REE deposits in Argentina. He is also interested in the role of trace elements in various animal studies including badgers, chickens, horses and dairy cows (Sri Lanka).

He sits on the editorial board of the 6 international journals on analytical/environmental or trace element medical research and is a member of Council for ISTERH (International Society For Trace Element Research in Humans).

In 2007, he was awarded the prestigious Donald MacLaren Award by WACE for innovation, administration and international development of work integrated learning programmes. He was for 20 years the Senior Professional Training (or Industrial Work-based Learning/Cooperative Education) Tutor for Chemistry and since 1997 a University of Surrey representative of WACE (World Association for Cooperative CooP Education). In 2007 he became the Chairman of the Professional Training and Careers Committee (PTCC - until 2015) which oversees the delivery of the PTY placement programmes for more than 800 UG students. He is an enthusiastic supporter of personal development, especially incorporating skills and competency activities into all levels of undergraduate and postgraduate education. He has been actively involved in the development and administration of global student exchange programmes for work-based learning over the last 30 years and is involved in student CooP exchange programmes with Australia, New Zealand, Canada, USA, Japan and in the near future, South America.

Inductively coupled plasma mass spectrometry (ICP-MS) was developed in Chemistry by Dr Alan Gray (in collaboration with Dr S. Houk) during the early 1980s. In 2010, a new Agilent 7700X instrument was installed in the ICP-MS Facility, the forth instrument in Chemistry, maintaining the longest history of academic research in this analytical field in the world. The new instrument has many exciting features, including a collision cell that enables many trace elements that are of clinical and environmental interest, namely Se, Cr, V, As, Cu, Zn and Mo to be determined at very low ultra-trace levels (µg/l), without concerns about polyatomic interferences. The enhanced sensitivity across the mass range (from boron to uranium) provides an excellent opportunity for researchers across the university and on an international level to undertake collaborative research projects in many fields, from materials, food quality, forensic, drug discovery, bioinorganic (chemical speciation), water/environmental and clinical/health diagnosis and treatment, etc. At present the new instrument is the focal point of supporting projects in Chemical Sciences relating to collaborators from Brazil, Argentina, Greece, Cyprus, Canada, Iraq, Singapore and Pakistan.

In April 2006, Prof. Ward co-organised an international conference on Boron. The 1-day conference was held at INTA.E.E.A., San Juan, Argentina and had more than 120 delegates.The province of San Juan, Argentina has a desert-continental climate with very little rainfall. The main agricultural activity is the wine industry with grape production being of fundamental importance to the local economy. The Andes mountain range provides, via a series of river systems, the major source of water to support this agricultural activity. In particular, the Rio San Juan and Rio Jachal are very important sources and as such the water quality is vital to support the grape, and other food crop, production of the province. The region of Jachal has a major network of rivers and dams providing the water supply for the area. The water contains higher than normal levels of various elements (boron, arsenic) and electrolytes (Na+, Ca2+, Mg2+, etc) and as such has brought about a scientific need to research the quality of the regional water supplies and the potential impact on agriculture and human health.Throughout 2005-10 the ICP-MS Facility has started undertaking a major environmental impact assessment of boron and the other chemicals in this region. In collaboration with scientists from INTA, INA, local universities and commercial companies a 'Boron Network' has been established to undertake future research studies on the impact of boron on water quality, agricultural production (especially wine) and human health.In 2006, a major research programme was started in relation to field based arsenic speciation analysis of waters in Argentina in collaboration with Dr Michael Watts of British Geological Survey (and subsequently in Greece, New Zealand, Cyprus and Iraq).Arsenic Speciation Data for Groundwater in ArgentinaIn summary, the 2006-9 study focused on the arsenic speciation analysis of ground waters from two agricultural towns in La Pampa, the rural community of Encon (San Juan) and an agricultural community in Rio Negro. In all cases the water samples were obtained directly from wells. Total arsenic levels in La Pampa (central Argentina within the Chaco-Pampean Plain) ranged from 3 - 1326 μg /l As. The highest total arsenic levels were found in well waters (from both rural farms and pre-treated urban sources), particularly with high pH (typically > 8.2), conductivity (> 2600 μS/cm) and TDS (> 1400 ppm). La Pampa ground waters displayed As3+ and As5+ levels of 100 - 466 μg/l and 1.5 - 132 μg/l, respectively. Monomethylarsonic acid was detectable in some ground waters (up to 79 μg/l MA). Very low levels of dimethyl arsinic acid ranged from < 0.15 - 1.4 μg/l DMA.Encon (southern San Juan) is predominantly set upon Quaternary continental deposits. The geological composition of the sampling area would suggest similar arsenic levels to those found in La Pampa. The well water pH conditions ranged from 9.3 - 9.7; conductivity levels of 972 - 1603 μS/cm and TDS, 526 - 1346 ppm. The total As levels were 21 - 353 μg /l As. Encon well waters contained a significantly higher percentage of As3+: community drinking water 86% As3+ (mean 323 μg/l) and 7 % As5+ (mean 27 μg/l); rural farm livestock watering/ irrigation 99 % As3+ (mean 57 μg/l), with the remaining 1 % made up of the three other species. Previous studies on the levels of arsenic in waters in La Pampa have mainly reported As5+ as the main species. This finding was deduced from the subtraction of As3+ from the total arsenic level. This subtraction method does not account for organoarsenic species and may provide false positive concentrations for As5+. The use of SPE cartridges that have the ability to separate and retain the individual aqueous arsenic species (inorganic and organic) in the field provides a much more reliable method for their detection in environment samples.

Prof. Ward has been very interested in the development of cooperative education in Argentina, and has presented two papers on work-related learning in South America at WACE conferences.He is at present on the editorial board of WIL journals and an editorial contributor to the International Handbook on Cooperative Education. Since 1997 Prof. Ward has been a University of Surrey representative on WACE (World Association for Cooperative Education) and was, until January 2015, the Chairman of the Professional Training and Careers Committee (PTCC). 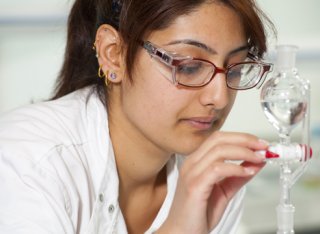