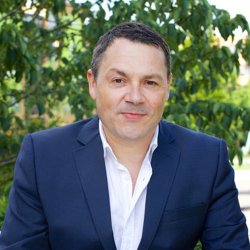 Owen joined the University of Surrey as Senior Teaching Fellow in Hospitality and Tourism in September 2013, teaching in event management related subject areas. Owen started working in the event industry in 1994 and has worked in wide range a range of roles including tour management, artist management and representation, crowd safety management, event management and festival marketing and promotion.

Owen has worked on the operational delivery of a number of major events such as GuilFest (2001-2007), the Queens Diamond Jubilee, the 2012 London Olympic Games, VFestival, the Rolling Stones Hyde Park concerts, the London Marathon, London New Year's Eve celebrations, the Tour de France and the National Armed Forces Day celebrations.

Owen still remains as active within the events industry as his teaching role allows and periodically designs and stages Event Contingency Planning Exercises for large and major events. These exercises allow Owen to continue his association with a wide range of stakeholders including: event planners and organizers, safety and security managers, local authorities and civil protection agencies and also police and emergency service representatives.