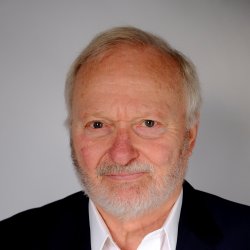 Prof Peter Jones is Professor Emeritus at the University of Surrey and was Brahims Visiting Professor of Food Management at the Universiti Putra Malaysia.   He is the only person to hold the two endowed chairs in the UK relating to the hospitality industry - in 1998 he was appointed to the Charles Forte Chair of Hotel Management, and in 2001 he became the ITCA Chair of Production and Operations Management.   Prof Jones published his first book – Foodservice Operations – in 1981 and has gone on to publish a further 14 textbooks on hospitality and operations management subjects.  In 2020 the second edition of his book Operations Management was published, which is accompanied by his blog (www.jonesandrobinson.wordpress.com).  Having trained at Westminster Hotel School, he worked for a major hotel chain in the UK and for Wagons Lits in Belgium, before opening and operating his own restaurant in Brussels between 1976 and 1978. In the 1980s he worked closely with industry in the field of event catering, running events at Farnborough Air Show, Lords cricket ground and Ascot racecourse. Later in the 1990s his consulting work focused on improving service provision in public sector catering.  He has delivered management training programmes for a variety of companies, including Center Parcs.  One of his major research interests has been innovation, as a result of which he has run nearly 20 innovation workshops for a wide variety of clients, both in the UK and overseas.  In 1994 he served as a Quality Assessor in Business and Management for the Higher Education Funding Council for England (HEFCE) and in 1995 in hotel and catering management for Scottish Higher Education Funding Council (SHEFC). He also served as a RAE Business and Management panel member in the U.K. in 2001 and 2008, and in Hong Kong in 2006. In recognition of his work in hospitality education he has received several awards, including the Nestle Pro Gastronomia Award, ICHRIE’s Stevenson Fletcher Achievement Award, and the Michael D. Olsen Research Award.  In 2009 was appointed an Honorary Fellow of the Council for Hospitality Management Education. He has a MBA from London Business School and a PhD from the University of Surrey.