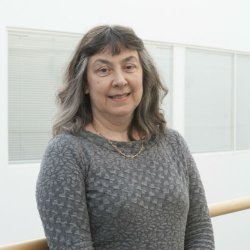 My research is in the field of adenosine and adenine nucleotides: their receptors, their effects and their physiological and pathological roles. They are important in platelet function, the control of the cardiovascular and gastrointestinal systems and in the brain. My research has been funded by The Wellcome Trust, The British Heart Foundation and GlaxoSmithKline.

I teach pharmacology to both undergraduate and postgraduate students, focussing mainly on the effects of drugs outside the central nervous system.

Fellow of the British Pharmacological Society

Fellow of the Society of Biology

Member of the Biochemical Society

Compared to NCD, HFD ApoEKO mice developed insulin resistance, increased systemic oxidative stress and vascular dysfunction which was accompanied by increased Nox2 expression, activated mitogen-activated protein kinase (MAPK) and attenuated Akt/endothelial nitric oxide synthesis (eNOS) pathways. Akt was decreased, vascular cell adhesion molecule-1 was increased and macrophages were recruited indicating endothelial cell activation and inflammation, attenuating the phosphatidylinositol-3-kinase/Akt/eNOS branch in favour of the MAPK. In vitro experiments showed that in response to high glucose/insulin challenge, ApoEKO aortas increased significantly the levels of Nox2 expression, activation of stress signalling pathways and the cells were senescent. Finally, the relationship of Nox2-derived reactive oxygen species due to obesity and adipose tissue dysfunction was examined for the first time in ApoEKO mice. It was found that adipose tissue in obesity is infiltrated by macrophages and intercellular adhesion molecule-1 is increased. Insulin receptor is decreased whereas ERK phosphorylation is increased and eNOS phosphorylation is decreased suggesting impaired insulin signalling. Uncoupled protein-1 levels also decreased. Nox2/ApoE D-KO mice did not exhibit any of the delirious effects of HFD/ insulin resistance and were protected from adipose tissue inflammation.