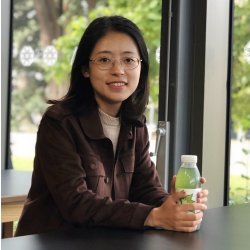 The gender unemployment gap across the euro area: The role of macroeconomic shocks and labour market institutions (with Alexander Mihailov & Giovanni Razzu)

Abstract: We examine the gender unemployment impact from four types of macroeconomic shocks under single monetary policy in the Euro Area. We also explore the role in shock absorption and transmission played by different labour market institutions. We apply panel data estimation to 11 Euro Area countries over the 2000-2013 period, disaggregated by age, marital status and education. We find that adverse macro-shocks, such as reductions in labour demand, similar to those experienced during the current COVID-19 pandemic, or a contractionary monetary policy, as in the build-up to the global financial crisis of 2007-2009, are associated with a larger increase in unemployment rates for women than for men, specifically for the young and less-educated. However, labour market institutions, in particular unionisation or labour tax wedge abatement, mitigate the widening of the gender unemployment gap.

Unemployment across the euro area: The role of shocks and labor market institutions

Abstract: This paper studies the effects of monetary policy on the national rates of unemployment in Germany, France, Italy and Spain, the four largest economies of the European Monetary Union (EMU), since the introduction of the euro in 1999 and before and after the Global Financial Crisis (GFC) of 2007-09. Estimating and simulating a version of a canonical medium-scale New Keynesian dynamic stochastic general equilibrium (DSGE) model with indivisible labor that incorporates unemployment developed by Galí, Smets and Wouters (2012), the paper compares the relative importance of monetary policy shocks, risk premium shocks, wage markup shocks and labor supply shocks and studies their effects on other labor market variables, such as labor force participation and real wages. We find that the same monetary policy of the European Central Bank (ECB) has had heterogeneous effects on unemployment rates and other labor market variables in these four major EMU economies. Moreover, in all of them monetary policy shocks are the second largest source of unemployment rate variability in the short, medium and long run, only preceded by risk premium shocks. Our results also confirm that the post-GFC zero lower bound environment has rendered ECB's interest rate policy much less powerful in affecting EMU unemployment rates. In addition to the heterogeneity documented in the effects of monetary policy along various labor market dimensions across the countries in our sample, we also reveal that the EMU economies are, further, characterized by important differences along these dimensions with respect to the United States (US).