Animal research has been instrumental in allowing medical progress to occur in the last few centuries. Vaccines, and many of the drugs and medicines we currently use to treat cancer, heart diseases and brain disorders, have involved animal research as a critical part of their development prior to license for human use. In addition to benefits for human health, research using animals also allows us to better understand the conditions that affect animals and develop treatments for them.

The Home Office collates and publishes records of all protected animals used in scientific procedures in the UK every year. These are published on an annual basis and can be accessed on the Home Office website.

As a signatory of the Concordat on Openness in Animal Research, the University of Surrey is committed to being open and transparent about our use of animals in our biomedical research. As part of this process, the numbers that we publish reflect the number of animals used at the University on an annual basis, including those that have been used for scientific procedures, breeding purposes and those that have been humanely killed for tissue only.

You can find the national numbers for 2020 on the government website.

Below are the figures for the numbers of animals used for scientific research and humanely killed at Surrey from 2014 – 2020:

These are animals that have been used for experiments under the authority of a project licence. Only individuals with a personal licence are able to carry out these procedures. All genetically altered animals are included in these numbers, even if they are used for breeding or for tissue only.

Some animals are housed at Surrey for the sole purpose of breeding (mice, rabbits, and voles). Healthy rodents are allowed to have up to 6 litters during their life span. All rodents used for breeding purposes are humanely killed after their final litter has been weaned.

Animals used for tissue only purposes

Animals that are used for tissue only purposes are housed at Surrey, but are humanely killed without ever undergoing a scientific procedure. Tissues are collected from these animals and may be used for a variety of purposes from cell culture to isolated organ perfusions. Where possible, animals will be used for tissue only to reduce the number of live animals that undergo scientific procedures. 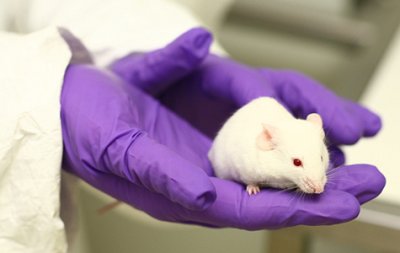 In 2020, 2,065,562 mice were used within the UK for experimental purpose of procedures (including creation and breeding), this represents 73.4 per cent of the overall animals used.

Their short life span and fast reproductive rate, makes it possible to investigate biological processes in many subjects, at all stages of the life cycle.

The mouse makes an excellent model for human disease because the organisation of their DNA and their gene expression is similar to humans, with ninety-eight per cent of human genes having a comparable gene in the mouse. They have similar reproductive and nervous systems to humans, and suffer from many of the same diseases such as cancer, diabetes and even anxiety. Manipulating their genes can lead them to develop other diseases that do not naturally affect them, and as a result research on mice has helped the understanding of both human physiology and the causes of disease.

Mice are used in a vast range of experiments, many of which are classified as fundamental research, investigating the physiology of mammals. Inbred strains of mice were used as disease models, long before the mouse genome project and transgenics. There are a large number of laboratory strains available, and their long breeding history means that mice of a single laboratory strain are isogenic. This is useful in experiments, as it reduces natural variation between subjects. Some inbred strains are used for their predisposition to certain mutations or genetic diseases, while others are used for their general health and resistance to mutatations. 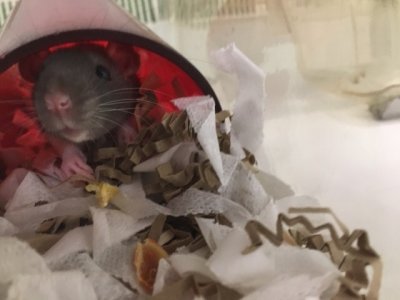 In 2020 207,997 rats were used within the UK for experimental purpose of procedures (including creation and breeding), this represents 7.4 per cent of the overall animals used.

The genome sequence of the Brown Norway rat was unveiled on 1 April 2004.Almost 200 years after the brown rat (rattus norvegicus), was first used by scientists to understand human physiology and medicine, with early studies concentrating on the effects of food and oxygen deprivation. Mazes to test rat intelligence were first built 100 years ago and the first albino Wistar rats were bred soon after. Since then the rat has become almost a byword for laboratory experimentation. The first knockout and cloned rats were produced recently, and new techniques for creating transgenic rats were announced last year, allowing powerful models of human diseases to be developed.

The rodent's DNA was deciphered and analysed by a collaborative network of researchers, known as the Rat Genome Sequencing Project Consortium, led by the US Baylor College of Medicine. To achieve its goal of producing a high-quality draft sequence, the Consortium developed a new, "combined" approach that used both whole genome shotgun (WGS) and bacterial artificial chromosome (BAC) clone sequencing techniques. To merge these into the final draft sequence, they developed a software package for genome assembly.

The sequence is a high-quality draft of 2.75 billion bases that covers 90 per cent of the genome. It is the third mammalian genome to be decoded, allowing three-way comparisons to be made with the human and mouse genomes. The rat genome is smaller than its human equivalent, but larger than that of the mouse. All three encode a similar number of genes - between 25,000 and 30,000. The new information should enable researchers to determine which characteristics are specific to rodents and which are shared by all mammals.

Around 10 per cent of the rat's genes are both shared with the mouse and absent in humans, including some that code for olfactory proteins. This may explain rodents' exceptional sense of smell. Rats have more genes for breaking down toxins than man. This means that rats may be better at removing toxins from their bodies than humans, so it may be possible to refine the use of rats in toxicology. There are significant distinctions, also, in the genes of the immune system.

Almost all disease-linked human genes have counterparts in the rat. 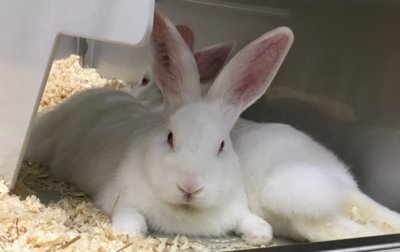 In 2020 11,332 Rabbits were used within the UK for experimental purpose of procedures (including creation and breeding), this represents 0.4 per cent of the overall animals used.

The general physiology of rabbits is similar to that of humans, and like mice and rats, rabbits suffer from many diseases with human equivalents.

Young rabbits often die from a disease called mucoid enteritis, which resembles cystic fibrosis and cholera. Rabbits are therefore used as models which can contribute to our understanding of these illnesses.

Historically, Louis Pasteur used rabbits to develop his rabies vaccine and the rabbit has been important in the study of cardiovascular disease, particularly hypertension and atherosclerosis.

Studies in rabbits are key to many aspects of medical research, including cancer, glaucoma, ear infections, eye infections, skin conditions, diabetes and emphysema.