Diane Watt is Professor of Medieval English Literature at the University of Surrey.

I have published extensively on medieval literature. My most recent monograph, Medieval Women's Writing: Works by and for Women, 1100-1500, was published by Polity in 2007.

From 2015-2017, I led the International Network, Women's Literary Culture and the Medieval English Canon, funded by the Leverhulme Trust. 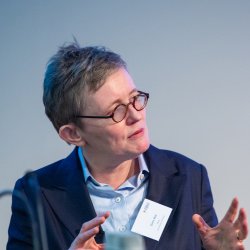