Inverse graphics for 3D object modeling and reconstruction: From face to generic objects

Reconstructing the detailed and complete 3D surface of an object from a single 2D image is a long standing computer vision problem. 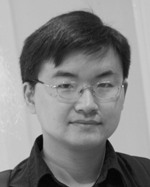 Reconstructing the detailed and complete 3D surface of an object from a single 2D image is a long standing computer vision problem. In this talk, we present an inverse graphics-based framework to learn a 3D face model from a large set of in-the-wild 2D face images, without the need of capturing 3D scans.

We also extend this framework to high-fidelity face modeling, as well as generic object modeling and 3D reconstruction. In the end, we will briefly overview other research efforts in the Computer Vision Lab at Michigan State University, including face anti-spoofing, explainable recognition, LiDAR completion, 2D/3D object detection from urban driving videos, etc.

Dr Xiaoming Liu is an Associate Professor at the Department of Computer Science and Engineering of Michigan State University (MSU). He received Ph.D. degree in Electrical and Computer Engineering from Carnegie Mellon University in 2004.

Before joining MSU, he was a research scientist at General Electric Global Research. He works on problems in computer vision, machine learning, and biometrics. He received the 2018 Withrow Distinguished Scholar Award from MSU. He has been Area Chairs for numerous conferences, including CVPR, ICCV, FG, ICPR, WACV, and ICIP, and also the Co-Program Chair of BTAS 2018, WACV 2018, and AVSS 2021 conferences.