Letting the outside in: investigating the impact of a structured environment on biological quantum systems / Quantum and classical effects in DNA point mutations: Watson-Crick tautomerism in AT and GC base pairs

Several biological systems undergo processes that cannot, as yet, be explained using classical physics. The hypothesis that quantum effects may be responsible for these processes is gaining credibility. However, there is significant concern that quantum coherence cannot survive for biologically relevant timescales in the high-temperature, strongly-interacting cellular environment. We investigate this issue in the framework of open quantum systems by adapting the so-called Caldeira-Leggett model. In open quantum systems, the spectral density describes the response between a quantum system and its environment. By deriving a master equation that includes environmental structure - quantised frequency modes - it is possible to model a biological environment in greater detail and increased validity. This will allow us to make predictions about the coherence dynamics of biological quantum systems and generate insight into the credibility of the hypothesis that quantum mechanics is responsible for certain biological processes.

Proton transfer along the hydrogen bonds of DNA can lead to the creation of short-lived, but biologically relevant point mutations (Brovarets’ and Hovorun, 2018) that can further lead to gene mutation and, potentially, cancer. In this work, the energy landscape of the canonical A- T and G-C base pairs (standard, amino-keto) to tautomeric A*-T* and G*-C* (non-standard, imino-enol) Watson-Crick DNA base pairs is modelled with density functional theory and machine-learning nudge-elastic band methods. We calculate the energy barriers and tunnelling rates of hydrogen transfer between and within each base monomer (A, T, G and C). Using a purely quantum mechanical approach, we show that the role of tunnelling in A-T tautomerisation is statistically unlikely due to the presence of a small reverse reaction barrier. On the contrary, the thermal populations of the G*-C* point mutation could be non-trivial and propagate through the replisome. For the direct intramolecular transfer, the reaction is hindered by a substantial energy barrier. However, our calculations indicate that tautomeric bases in their monomeric form have remarkably long lifetimes. On the other hand, the quantum motion of the protons could be treated separately within an open quantum systems approach (Breuer and Petruccione, 2010), where the system is evolved while coupled to a thermal bath of quantum oscillators representing its surrounding cellular environment of water molecules (Godbeer, Al-Khalili and Stevenson, 2015). This combined modelling of the potential energy surface and open quantum systems can accurately account for proton tunnelling in a biological environment which could play a relevant role in DNA replication. 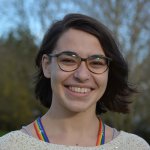 Sapphire is a final year PhD student at the Quantum Biology DTC at the University of Surrey. With a background in theoretical physics, her research interest is open quantum systems. She is also very interested in quantum foundations, quantum information theory, and interpretations of quantum mechanics. 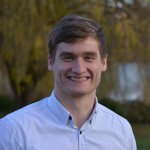 Louie is a quantum biologist interested in understanding if tunnelling could play a role in genetic stability. His expertise includes computational approaches to quantum mechanics and ab inito quantum chemistry.