Join us as Professor Dame Julia King, Baroness Brown of Cambridge DBE FREng FRS delivers a fascinating insight into 'The Path to net zero emissions in the UK' and the challenges ahead.

On 27 June 2019 the UK Government took the historic step of making a legal commitment to delivery 100 per cent greenhouse gas emissions reduction by 2050 – Net Zero.

This was the fastest implementation of a recommendation by the Climate Change Committee since it was created under the Climate Change Act in 2008.  But changing the legislation is the easy part. Introducing the policies, regulations, support mechanisms and changes in behaviour that will be needed to deliver the net zero target will be much harder.

In December 2020 the Climate Change Committee published its advice to Government on the 6th Carbon Budget and a path to Net Zero in 2050 compatible with the UK’s commitments under the Paris Agreement.

This lecture will cover the rationale for both the level of and the timescale for the target, the calculation of costs and the challenges to delivery in the next 30 years. These include:

The challenge facing us is delivering this scale of change at pace, with the world watching, as we prepare to host COP 26 in Glasgow in November.

This event will feature a keynote lecture followed by a Q&A session with the audience. 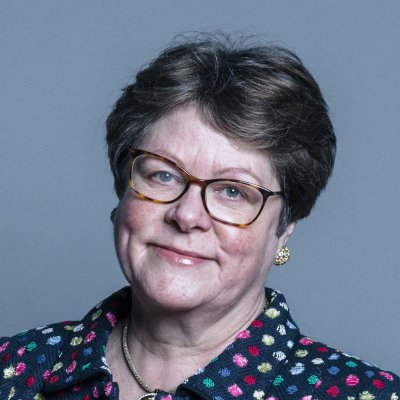 Baroness Brown is an engineer. An academic career at Cambridge University, led to senior business and engineering roles at Rolls-Royce plc. Returning to academia as Principal of Engineering at Imperial College, she served as Vice-Chancellor of Aston University from 2006 - 2016.

Her current interests include climate change adaptation and mitigation and the low carbon economy. She served as Vice Chair of the Climate Change Committee (CCC) from its start in 2008 until 2021, and she continues to Chair the Adaptation Committee of the CCC. She is Chair of the Carbon Trust; non-executive director of the Offshore Renewable Energy Catapult;  non-executive director of Orsted. She led the King Review for the Treasury on decarbonising transport (2008), was the Prime Minister’s Low Carbon Business Ambassador for 10 years.

She is passionate about education and engineering: she was a member of the Browne Review on university funding and Lord Stern’s review of the Research Excellence Framework. She chairs STEM Learning Ltd., the leading provider of science teacher continuing professional development, and the Henry Royce Institute for Advanced Materials.

She is a Fellow of the Royal Academy of Engineering and of the Royal Society, and was awarded DBE for services to higher education and technology.  In 2015 she was elevated to the Peerage as The Baroness Brown of Cambridge.  She sits as a crossbench Peer, and is a member of the House of Lords Science and Technology Select Committee.