Professor Jim Al-Khalili of the University of Surrey is presenting a major new BBC Four programme exploring the history and science of nature’s most important force: gravity, which affects how fast we age, and how much we weigh. 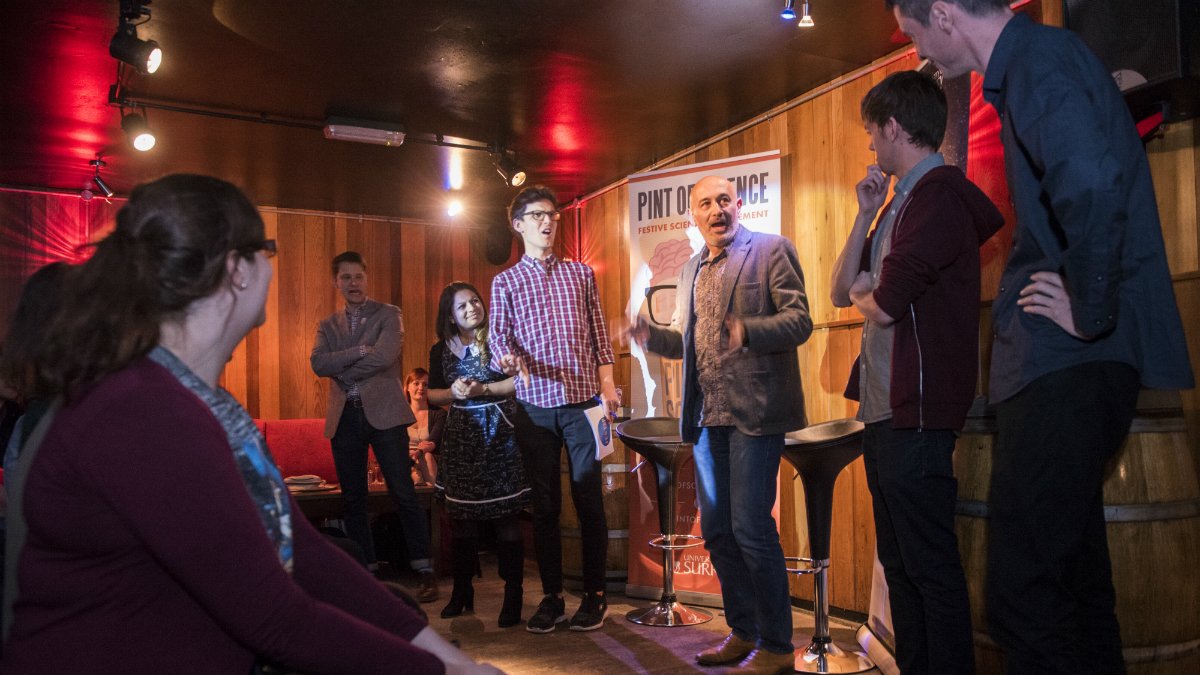 The programme will also investigate how gravity affects the flow of time; and it will be based on data collected by a specially created Time Warper smartphone app, developed by Computer Science students at Surrey.

A unique demonstration of how gravity affects the rate at which we age is one of the central themes of a BBC 4 documentary to be broadcast at 9pm, Tuesday 28 March; and it’s based on a smartphone app developed at the University of Surrey.

The 90-minute special, entitled "Gravity and Me: The Force Which Shapes Our Lives", will be presented by eminent physicist and broadcaster Professor Jim Al-Khalili.

In the film, Professor Al-Khalili and a team of physicists and volunteers conduct a series of experiments and demonstrations to show the surprising ways in which gravity affects all our lives. This includes how the laws of physics can tell us where to go in the country to weigh less, and how the rate at which we age is affected by gravity and the speed at which we move about.

A special ‘Time Warper’ smart phone app has been developed for the programme by four computer science undergraduates from the University of Surrey, in collaboration with digital solutions company Pervasive Intelligence Ltd and production company Furnace Ltd. The app shows the user how time is flowing for them, based on the strength of gravity they are experiencing and how much they move; enabling them to see just how much their personal clock is affected by Albert Einstein’s theories of special and general relativity.

For the documentary, Professor Al-Khalili also visits the LIGO interferometer facility in Louisiana where gravitational waves, predicted by Einstein a century ago, were detected for the very first time. He will also recreate Galileo’s first ever experiments on gravity in the studio using metal balls, a ramp and a water clock.

“I’m really excited to be part of this ambitious new programme, in particular the nationwide experiment using a phone app that will allow us to collect as much data as possible and show users how quickly or slowly they are ageing, compared to other people in the UK.”

“Exploring the biggest questions in science has always been at the heart of BBC Four and I’m thrilled that we can now directly involve some of our audience in some truly brain-bending investigation. This nationwide social media demo and the experiments featured in the programme take us right to the forefront of our understanding of the incredible force of gravity – while also telling you how to lose weight and stay young, using nothing but the effects of Relativity.”

The programme was commissioned by the BBC’s Rachel Morgan (Commissioning Editor, Specialist Factual) and is being produced by Furnace TV and executive produced by Paul Sen.

The Time Warper app was installed over 5,500 times on IOS and Android in its first three weeks after launch. It is available to download at www.timewarperapp.org/.*

*The Time Warper app relies on your phone’s GPS readings. Values for times when your phone is turned off will be added to the next day. The app will use anonymised data only but will ask for your email address in order to notify you when the programme will air on BBC Four.