An evening with Alison Steadman to raise funds for cancer research

Our charity partner Topic of Cancer is hosting an evening with Patron Alison Steadman OBE, to raise funds for our ground-breaking immunotherapy research.

Alison will be interviewed by former BBC news reporter and fellow Topic of Cancer Patron Yvonne Hall about her life and career in the TV and film industry, followed by an audience Q&A. The event will take place via Zoom on Thursday 8 July 2021 and tickets are £10 each.

Buy tickets online via the Topic of Cancer website

Proceeds from the event will help fund research within our Targeted Cancer Therapy Research Group, led by Hardev Pandha, Professor of Oncology. Funds will also finance a choir, fitness groups and a support group for individuals with cancer and their families, in the Guildford area. 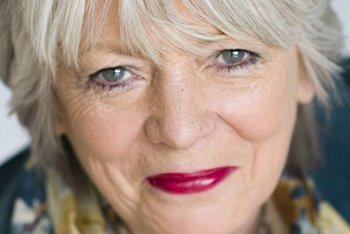 Alison plays Pam Shipman in one of her most well-known roles on BBC comedy, Gavin & Stacey. Here are some of Pam’s best bits.