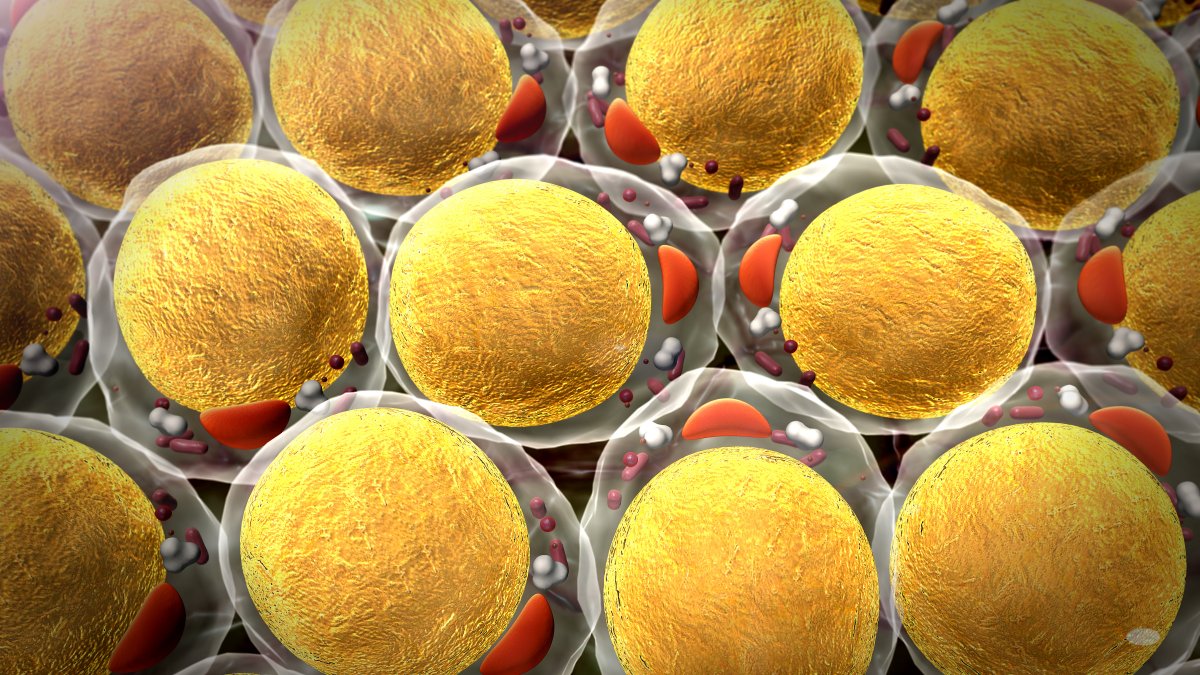 Researchers led by Dr Jonathan Johnston from the University of Surrey conducted the first ever analysis of circadian rhythms in human fat taken from people isolated from daily environmental changes. Circadian rhythms are approximately 24-hour changes governed by the body’s internal clocks. Misalignment of ‘human clocks’ with each other and the environment is believed to be a major contributor to obesity and poor health.

During this unique study seven participants underwent regulated sleep-wake cycles and meal times before entering the laboratory, where they maintained this routine for a further three days. Participants then experienced a 37- hour ‘constant routine’ during which time they did not experience daily changes in light-dark, feed-fast and sleep-wake cycles. Biopsies of fat tissue were taken at six hourly intervals and then followed by an analysis of gene expression.

Researchers identified 727 genes in the fat tissue that express their own circadian rhythm, many carrying out key metabolic functions. A clear separation in gene rhythms was identified with approximately a third peaking in the morning and two thirds in the evening.

Morning-peaking transcripts were associated with regulation of gene expression and nucleic acid biology (vital for cell functioning), while evening-peaking transcripts associated with redox activity and organic acid metabolism. These rhythms, which are independent of external factors such as light and feeding, demonstrate that genes within fat cells naturally complete their functions at different times during the day which could impact on metabolic processes.

Fat cells play an important role in our body, acting as energy stores and controlling metabolism and appetite via hormone secretion.

Lead author Dr Jonathan Johnston, Reader in Chronobiology and Integrative Physiology, at the University of Surrey, said: “Tissues made up of fat cells don’t just store excess energy, they are active metabolic tissues, full of their own rhythms.

“This is the first time that we have been able to identify such rhythms in human fat. This provides us with more information about how human metabolism changes across the day and possibly why the body processes foods differently during day and night.”